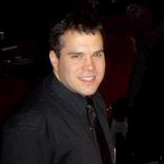 As part of its short film competition, the Waynesboro Cultural Commission is offering a screenwriting workshopon Thursday, Jan. 27 and Thursday, Feb. 3 at the Wayne Theatre Alliance office at 533 W. Main St. in Downtown Waynesboro.

Matthew Marshall will teach both informal sessions. The first session will introduce film writing techniques so participants can begin their short screenplay; and the second, a week later, will discuss the finished screenplays.

The workshops begin at 6 p.m. Seating is limited.

Matt Marshall teaches Film Appreciation and Film History at the University of Virginia. His first short narrative film “Perspective,” premiered at the Virginia Film Festival this past November, and both this film and his screenplay “the Portrait,” are on the US Festival circuit now.

Marshall will receive his M.F.A. in Screenwriting this coming May from Hollins University in Roanoke. In addition to his writing, teaching, and film lecturer, Marshall also composes and performs live music for classic silent film screenings. On Jan. 6, Marshall will be performing original music for “The Hunchback of Notre Dame,” at the UVa. Chapel, and on Jan. 21, he will be at the Buchanan Theater, performing his piano score for the Buster Keaton comedy “The General.”

There is no charge for the workshop, but class size is limited, so register by calling the Wayne Theater Alliance at 540.943.9999. Light refreshments will be offered before the workshop.