Watch out for fake company directors 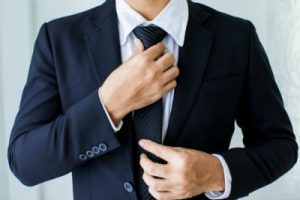 The fraudster hopes the invoice payer will assume that the invoice was for things the company actually ordered. The victim is after the money because the fraudsters send out fake invoices and fake business cards with fake company names, addresses and telephone numbers.

The fake directors almost always live in remote – remote – places and only pretend to control the business – an illegal act that the British government says it smashed decades ago. However, they are not involved in the management of the company and are appointed to old companies. A shadow director is someone who is not appointed as a director but who gives the impression that he or she is used to being a director of a company. If someone asks you, the person you’re chasing will probably leave you with debt.

If you are a limited liability company (CEO) whose company is struggling with bills or staring into insolvency, you might be worried that you could be held personally liable for the debts of the company. This can be very serious if your company goes bankrupt. It is worth checking if there is an overdraft account in your company, as this can cause you many problems as a manager and it can help you to meet your obligations to the director of the company and avoid personal liability for debts if you are going through a financial crisis, such as bankruptcy or loss of companies or assets. If a company goes bankrupt and you follow the practices you follow, you will be held personally responsible for all debts owed to that company

The fake cheque fraud occurs when a fraudster overpays for a cheque or asks you to transfer additional money to a third party. In this fake check trick, the scammers create a fake check for the large sum you are allegedly receiving and then make themselves look more legitimate by stealing vital information to make their fake return appear more legitimate. If they overpay the cheque, they can trigger a financial crisis for you and your business.

If victims are suspicious, scammers can try to lend legitimacy to their story by asking customers to look it up on LinkedIn. Some people who want to speak directly to a senior at their bank may find themselves on the internet And they don’t realise they’re involved in a scam.

If you receive a call from someone posing as an employee of the company requesting information about the company’s management or indicating that there is a discrepancy between the information stored in the register, try to obtain the callback number. If someone really contacts you about a company, they should have an email address that matches the company’s website.

This could be because fraudsters often target multiple people in an organization, so a warning to an employee in a scam can help deter others from being scammed. If you are a company director, you should make sure you are aware of the identity of the fraudster and his contact information. Even if the human resources manager won’t tell you, that’s not a sign that he or she is in the middle of this scam.

For example, you will find that one problem many companies have is that fraudsters send a form to Companies House that allows you to change the name of the company director and his contact details. This is because of a lack of information about the form that the fraudster hands out to companies. One problem that companies have is this: it is due to the absence of any form in the forms that allow the names of company directors to be changed, such as their name, address, telephone number and e-mail address.

The fraudster can pose as a CFO or CEO (if he qualifies) and transfer money to his bank account in China. The fake director then contacts staff with access to company accounts to urgently transfer money to an unused account number. The company protocol states that a request of this size must be approved by two senior managers, and if the CFO (CEO) qualifies, the money will be transferred to the vendor’s bank accounts in China. Employees involved in this type of fraud usually have access to the company’s accounts without much oversight. This can lead to a lot of problems, especially if sensitive information has been passed on to your entire workforce by someone with access to that information.