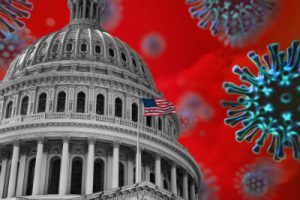 U.S. Sen. Mark Warner is urging the FCC to take action to ensure that people across the country have access to broadband, as more are forced to rely on the internet for telework, telehealth, and online learning amid the COVID-19 outbreak.

According to the FCC’s latest figures, more than 20 million Americans continue to lack access to meaningful broadband service, with at least 770,000 Virginians currently unserved.

“Under the current circumstances, this lack of broadband access threatens to greatly – and potentially lastingly – exacerbate disparities in health, education, and economic equity,” Sen. Warner wrote. “On nearly a daily basis, I hear from Virginians who are struggling to engage in telework, supervise their children’s online learning, and engage in telehealth over antiquated DSL connections that make even a single one of these activities virtually impossible.”

“While I applaud a number of the steps the Commission has taken to improve service and widen access, including encouraging spectrum leases to utilize underutilized spectrum, temporarily waiving the E-Rate and Rural Health Care gift rules, and (after encouragement from offices such as mine) releasing a public notice clarifying that community use of E-Rate supported Wi-Fi networks is permitted, much more work remains to be done,” Warner continued. “While a number of preexisting broadband programs, such as the Rural Digital Opportunity Fund, will help close the broadband gap in the long-term, I encourage you to take action that can enable expanded coverage now.”

The senator also wants the Commission to help facilitate backhaul options in unserved and underserved areas such as by clarifying that currently underutilized, E-Rate supported connections can be leveraged to support backhaul connections by fixed and mobile wireless providers during this health emergency.

Warner is also encouraging the FCC to work with the National Telecommunications and Information Administration and the Department of Defense to reduce the size of exclusion zones that prevent many WISPs from taking advantage of the emergency Special Temporary Authority that allows unlicensed access to the 5850-5895 MHz band. In Virginia, for example, the 75-kilometer exclusion zones have prevented use of this spectrum in large areas, including the vast majority of the Eastern Shore.