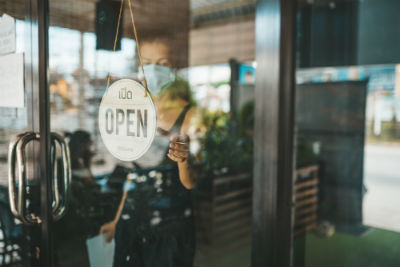 During the hearing, Sen. Warner stressed the need for another COVID-19 relief package that properly supports Main Street and stimulates local economies by making significant investments targeted towards affected communities.

In his remarks at the beginning of the questioning period, Sen. Warner addressed his Jobs and Neighborhood Investment Act.

“This would take billions of unallocated funds from the CARES Act and directly invest them into MDIs and CDFIs, which, as the secretary explained, would dramatically leverage those dollars and help minority businesses that – as Sen. Scott so accurately pointed out – really have been disproportionately hurt,” Warner said. “420,000 black-owned businesses have shut down and we can and must do better. Chairman Powell, I know we’ve gone back and forth on this but I would argue – I know you said earlier in the week in your testimony that you were concerned with Main Street going smaller, below 250, and the Fed’s capacity to deal with hundreds of thousands, if not millions, of loans.

“I would argue the way to deal with that, or at least one tool to deal with that, would be the direct equity infusion into those MDIs and CDFIs whose goal and purpose is to lend to these smaller institutions. You wouldn’t have to necessarily grapple with all the individual loans but you could make these kind of investments and Fed support programs for these institutions that service that community,” Warner said.

In his line of questioning, Sen. Warner asked Chairman Powell to address the desperate need for targeted but robust relief for those most affected.

In response to Sen. Warner’s question, Chairman Powell said, “I would say that the recovery we’ve had so far owes in significant degree to the CARES Act and the support that Congress provided in conjunction with the Administration. I think that while the economy has been doing better than expected, there’s downside risk to that if there is no further fiscal support. There are still something like 11 million people who have not gotten their jobs back. Those people are able to spend now because of the checks that they got and the enhanced unemployment insurance that they got. There’s downside risk to the economy probably coming if some form of that support doesn’t continue.”

In response, Chairman Powell said, “We’re going have to – we will come back to a place where we need to get the U.S. Federal government on a sustainable fiscal path but I wouldn’t prioritize that now when we’re in the middle of the pandemic.”