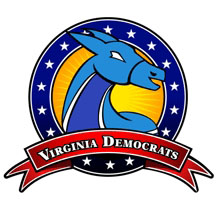 Crowds of volunteers gathered across the entire Commonwealth Saturday to register new voters, just a week before President Obama comes to Richmond for his first day of campaign rallies.

“From national security, to the economy, to taking on Wall Street and health care, there are countless examples of this president’s courage,” said Warner. “He knows that while we can’t guarantee success for Americans, we absolutely can make sure that everyone gets a fair shake and a fair shot at the American dream.”

The Day of Action is one of many grassroots activities scheduled in the days leading to the president’s visit. In Charlottesville, volunteers participated in a photo shoot to describe why they support the president, for a chance to have their picture displayed on the big screen during the rally next Saturday.

“Across the Commonwealth, folks are excited to work for the President, because he is working so hard for the middle class and economic recovery,” said Perriello. “President Obama has laid the foundation for a stronger America centered around the middle class and Main Street, not corporate lobbyists. He is fighting to restore fundamental fairness so that those who work hard and play by the rules will get a fair shot. And people across Virginia are responding.”

At the rally next Saturday, the president will outline the choice Virginians will face in November: are we going to move forward, or go backward? Are we going to continue to turn the corner, or turn back the clock and turn our backs on the middle class like the Republicans want to do?