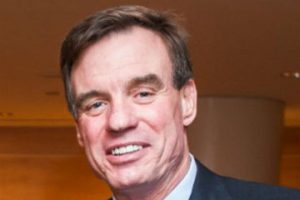 “It is past time to put an end to the secrecy that allows drug cartels, human traffickers, arms dealers, terrorists and kleptocrats to exploit the United States’ banking system in order to carry out anti-American activities. That’s why I’m pleased to know that this year’s defense funding bill will include the ILLICIT CASH Act – legislation I introduced to combat money laundering and terrorist financing,” Warner said.

“As the vice chairman of the Senate Intelligence Committee, I know that the current holes in our financial system pose a serious threat to national security. The ILLICIT CASH Act will seek to patch those holes by increasing corporate transparency requirements and handing our federal agencies the 21st century tools they need to combat these 21st century threats.”

Warner introduced the ILLICIT CASH Act in September of 2019 and has been championing it ever since. The legislation will, for the first time, require that shell companies – often used as fronts for criminal activity – disclose their true owners to the U.S. Department of Treasury.

It will also update decades-old anti-money laundering (AML) and combating the financing of terrorism policies by giving Treasury and law enforcement the tools they need to fight criminal networks. This includes improving overall communication between law enforcement, financial institutions, and regulators, and facilitating the adoption of critical 21st century technologies.