Warner, Kaine on approval of resolution to keep government funded through December 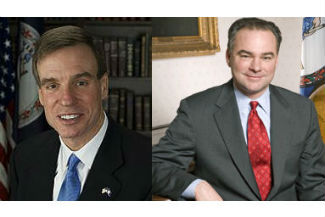 U.S. Sens. Mark Warner and Tim Kaine (both D-VA) released the following joint statement after the Senate approved a stopgap funding bill to keep the government running through Dec. 11, sending it to the president’s desk for signature:

“We’re relieved that we’re going to avoid another pointless, painful government shutdown in the middle of a pandemic. But funding the government is Congress’ most basic responsibility, and we don’t think anybody should be patting themselves on the back for acting at the 11th hour to keep the government up and running – especially since the Senate still has not acted to provide meaningful and much-needed COVID-19 relief to workers, small businesses, local governments, schools, hospitals and health care workers. Instead of breaking precedent and moving hastily to rush a Supreme Court nomination through while the election is already underway, the Senate ought to be focused on the most pressing needs of the American people in the midst of a health and economic crisis.”