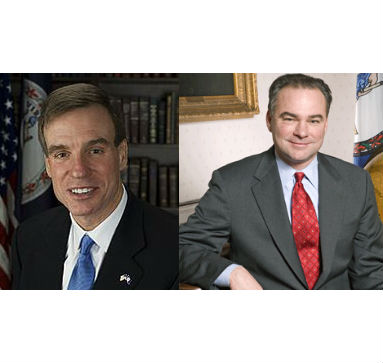 U.S. Sens. Mark Warner and Tim Kaine (both D-VA) today marked the 50th anniversary of President Lyndon B. Johnson signing the Voting Rights Act by renewing their call for the Senate to take up legislation that would restore and advance voting protections for all Americans.

“Protecting every American’s constitutional right to vote is a fundamental value of our society. Today marks a historic milestone, but 50 years after the Voting Rights Act became law, we still have work to do. We still see efforts to limit access to the ballot box and the U.S Supreme Court’s Shelby County decision weakened protections put in place by the Voting Rights Act by striking down key provisions of the law,” Sen. Warner said. “I am proud to be an original cosponsor of the Voting Rights Advancement Act of 2015 that will update and reinstate those protections, and I will continue to fight for election reforms that will make voting faster and more accessible to all.”

“The right to vote is one of the most fundamental rights in our democracy. For the past 50 years, the Voting Rights Act has helped ensure Americans are not robbed of this critical means of civic participation. The act’s success is evident in the dramatic increase in minorities voting and holding elected office over the past decades,” said Sen. Kaine. “Two years after the Supreme Court removed crucial provisions of this law, there is a disturbing trend in many states to shrink access to the ballot box, threatening the right of many Americans to participate in elections. I remain committed to fully restoring the Voting Rights Act, and I am hopeful that Congress can work in a bipartisan way to give citizens the protections they need to exercise their constitutional right to vote.”