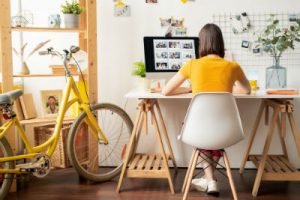 U.S. Sens. Mark Warner (D-VA) and Sherrod Brown (D-OH) are pushing the U.S. Government Accountability Office to report on companies’ increased use of subcontracted and contingent workers for work that used to be performed by direct employees.

This leads to the creation of ‘fissured workplaces’ – environments where primary employers outsource “non-core” business functions to subcontracted firms but still maintain tight control over the outcomes of those subcontractors. This has primarily affected occupations in payroll, accounting, janitorial services, facilities maintenance, security, food preparation, among others.

In a letter, the senators pressed Comptroller General Gene Dodaro for more information to better understand how companies’ efforts to cut costs are affecting the long term resiliency and stability of workers, and how this trend is affecting the U.S. workforce and its paths for upward mobility.

“We suspect that fissured workplaces could be leading to an erosion of the American social contract. Employers’ use of contract and contingent workers, including subcontracted workers, independent contractors, and temporary workers, has likely contributed to the decline in employer-sponsored training, and led to ambiguity in terms of who is responsible for providing workplace protections and who must be at the bargaining table when workers form a union,” the senators wrote. “The implications for fewer benefits for contract workers are far reaching: for example, studies in multiple states find that temp workers experienced twice the rate of injury as permanent workers perhaps due to the fact that they are nearly twice as likely as permanent workers to have never received safety training.”

“The rise of the fissured workplace may also partially explain the significant decline in the large firm wage premium,” the letter continued. “Researchers find that this change is largely a consequence of large firms with over 1,000 employees no longer paying above market salaries to their workers. What’s more, others note that this decline has occurred exclusively for those at the lower and middle of the wage distribution, with no change in the wage premium for higher income earners.”

Currently, public companies are only required to report the number of full-time workers to the Securities and Exchange Commission, but are not required to report the number of contract or contingent workers, making it difficult for lawmakers to understand the extent to which public companies are now relying on these workers in order to save costs.

This lack of public knowledge is concerning, given the benefit and wage disparities that exist between contingent workers and company employees.

“We know that fissured workplaces can lead to compensation penalties for workers in certain subcontracted occupations. For example, by the year 2000, 45% of janitors and over 70% of security guards worked as subcontractors instead of in-house employees.  While studying this phenomenon, researchers found that contracted janitors earned about 15% less than in-house janitors and, similarly, contracted security guards earned 17% less than in-house guards.  This trend is troubling and all the more important following the onset of the COVID-19 crisis – clean and safe places of work are essential and all workers are worthy of fair and competitive compensation,” the senators noted in the letter. “Current research suggests that workers in standard work arrangements are 10% more likely to have access to health insurance than independent contractors. That same research suggests that over 46% of full-time employees have access to a retirement plan, while only 2.3% of independent contractors and 38.3% of workers provided by a contract firm do. “

In their letter, the senators also expressed concern about the rise in hiring of contract and contingent workers for particularly vulnerable occupations and tasks. They specifically highlighted social media companies’ high rates of reliance on these workers for work that could have significant long-term mental health consequences such as content moderation – the process of reviewing user content for adherence to company policy, a process that entails viewing disturbing online content like graphic violence, sexual predation and assault, child pornography, or other traumatic content.