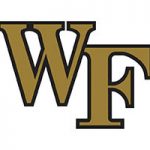 Forbes has a career record of 260-77 in stints at ETSU and two stops in the JUCO ranks.

He won at least 24 games in each of his five seasons at East Tennessee State, including a 30-4 record in 2019-2020, which would have been his second season qualifying for an NCAA Tournament.

“Coming to Wake Forest presents an opportunity to be a part of a special brand and a chance to impact our student-athletes’ lives in a positive way while competing for championships,” Forbes said in a statement. “My highest priority is spending time and developing relationships with our current student-athletes, alumni and the young men who will make up the future of Demon Deacon basketball.”

Manning had just one winning season in his six years at Wake Forest, finishing with a 78-111 record, including a 30-80 mark in ACC play.