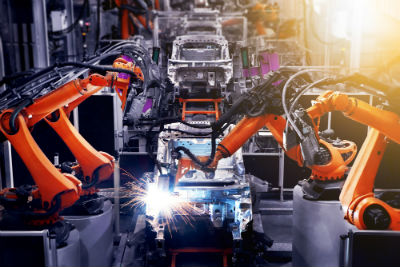 The American Southeast has long vied to replace Detroit as the automobile manufacturing bedrock of the nation. New plans by Volvo to build another plant in South Carolina reveal that automakers seem to have found the perfect hub for their plans to expand production and create jobs.

Back in 2017, when Toyota and Mazda announced their plans to build a joint plant, several southeastern states naturally rose as contenders. The planned investment would amount to $1.6 billion and launch roughly 4,000 new jobs for the local population. For a while it seemed that South Carolina was closest to being chosen, having been shortlisted along with North Carolina, Florida and Texas. But after spending six months looking for the perfect 1,000-acre area to build a plant that would produce around 300,000 cars annually, the Toyota-Mazda partnership settled on Huntsville, Ala.

Despite this upheaval, South Carolina is among the frontrunners in the field. It is home to plants by Mercedes Benz and Volvo, along with BMW’s largest manufacturing plant across the globe. Overall, the SC industry spans over 400 suppliers and is supporting around 66,000 employees. Its employer-friendly labor laws, local regulatory initiatives and a wide labor force pool are of particular appeal to automakers looking to expand their operations. As the electric car industry continues to rise, led by Musk’s Tesla, the automobile industry welcomed the news that Volvo would dedicate production to hybrid and electric vehicles by 2019. And given Volvo’s close ties with South Carolina, it was no surprise that it recently announced the building of a new electric battery plant in Ridgeville, S.C.

The plant is expected to support the supply of electric Volvo cars across the US and will be integrated into the current Volvo plant in the area. It is also part of a wider $600 million project that will also see the addition of an extra production line at the same plant and is expected to be completed by 2021. Yet it remains to be seen how the current unpredictable financial climate which has led to signs of a bear market will impact these plans. As news broke that the construction of the Alabama Toyota-Mazda plant is facing delays, Volvo might also struggle to stick to schedule for the SC electric battery plant.

Currency fluctuations in a somewhat volatile market might also affect the implementation of the $600 million investment. As the best online forex brokers explain, the foreign currency market is closely monitored by global companies such as Volvo, which use the FX market to make decisions that help maximize the benefits of purchasing and selling goods and services abroad, some of which are vital for expanding their business. It is also a factor taken into account by banks and investors offering credit lines, as well as central banks and governments that make the call on increasing or decreasing local currency value.

As developments unfold, Volvo might need to reschedule or reconsider aspects of its project to match any revised financial projections – which would inevitably mean delays for their South Carolina plant.