VMI superintendent resigns amid probe into ‘culture of structural racism’ 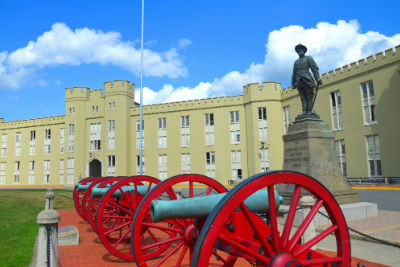 VMI Superintendent Gen. J.H. Binford Peay III has tendered his resignation, effective today, a week after state leaders called for an investigation into a “culture of ongoing structural racism” at the Lexington state school.

In his letter of resignation, Peay, who had served as superintendent at VMI since 2003, said he had been notified by Clark Mercer, the chief of staff to Gov. Ralph Northam, a 1981 VMI alum, that “the governor and certain legislative leaders had lost confidence” in his leadership, and had requested that he step down.

“It has been the honor of my life to be the superintendent of VMI. I have and always will love the Institute, all of our cadets, alumni and the entire VMI family,” Peay wrote in the letter, addressed to VMI Board of Visitors President John W. Boland.

Boland confirmed the resignation and said today that the Board of Visitors had “accepted it with deep regret.”

“General Peay has served VMI as Superintendent exceptionally well for more than 17 years,” Boland said. “General Peay is a great American, patriot, and hero. He has profoundly changed our school for the better in all respects.

“General Peay and his wife Pamela serve as a model of dedicated service to our nation and the Commonwealth. We wish them well in their future endeavors,” Boland said.

The investigation into the culture on the Post was initiated after a Washington Post article that detailed threats of lynching, attacks on social media and a professor who spoke fondly of her family’s history in the Ku Klux Klan.

“This is unacceptable for any Virginia institution in the 21st century, especially one funded by taxpayers,” read a letter led by Northam and signed by several top state leaders addressed to Boland and dated Oct. 19.

“Virginians expect all universities – and particularly public universities established by the General Assembly – to be welcoming and inclusive, and to eschew outdated traditions that glamorize a history rooted in rebellion against the United States.”

The letter indicated that the governor’s office was directing an independent, third-party review of “VMI’s culture, policies, practices and equity in disciplinary procedures,” with a goal of having that review completed to allow for any necessary legislative action in the 2021 General Assembly session.