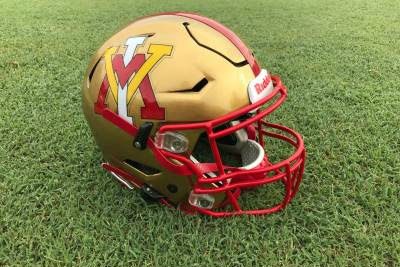 The 2019 VMI Football captains have been selected as voted on by the team, head coach Scott Wachenheim announced Monday afternoon.

“It is an honor to announce Reece Udinski, AJ Smith, Jordan Ward, and Alex Ramsey as captains of the 2019 VMI Football team,” Wachenheim said. “All four men characterize our VMI core values of grit, brotherhood, and purpose in their daily lives. It is an honor to be their head football coach.”

The four figure to play leading roles both on and off the field this fall. Junior QB Udinski is coming off a season record 3,082 yards passing in 2018 becoming the first VMI passer to surpass the 3,000 yard threshold while tying the season mark for TD passes with 20. Smith is a two-year starter at safety and co-led the team in tackles with 90 and led the charts with 55 solo stops and also was named 2018 Google Cloud Second Team Academic All-America and Second Team All-SoCon (Media). Ward broke into the starting lineup last year as a sophomore on the defensive line and looks to be a mainstay at end after leading VMI defenders in quarterback hurries with six in 2018 and was a 2018-19 SoCon Academic Honor Roll recipient. Ramsey, a redshirt junior, is VMI’s leading returning rusher who looks to lead a rejuvenated running attack after gaining 317 yards on 65 carries last season.

The four will serve as permanent game captains throughout the 2019 slate.