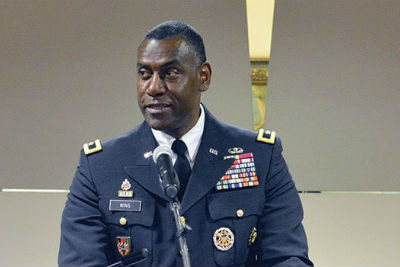 Retired Maj. Gen. Cedric T. Wins was named Friday to serve as interim superintendent of the Virginia Military Institute following an affirmative vote by the VMI Board of Visitors Executive Committee.

Wins, a 34-year veteran of the U.S. Army and a 1985 graduate of VMI, succeeds Gen. J.H. Binford Peay III, who resigned last month after state leaders called for an investigation into a “culture of ongoing structural racism” at the state school.

Peay, who had served as superintendent at VMI since 2003, stepped down on Oct. 26 after VMI came under intense scrutiny following a Washington Post article that detailed threats of lynching, attacks on social media and a professor who spoke fondly of her family’s history in the Ku Klux Klan.

In the wake of the publication of the article, Gov. Ralph Northam, a 1981 VMI graduate, ordered an independent, third-party review of “VMI’s culture, policies, practices and equity in disciplinary procedures,” with a goal of having that review completed to allow for any necessary legislative action in the 2021 General Assembly session.

In his letter of resignation, Peay said he had been notified by Northam’s chief of staff, Clark Mercer, that “the governor and certain legislative leaders had lost confidence” in his leadership, and had requested that he step down.

Three days later, the VMI Board of Visitors approved several corrective measures, including the removal of the statue of Thomas J. “Stonewall” Jackson from the front of the historic barracks and diversity initiatives aimed at improving representation in the student and staff populations.

In 1985, he graduated with a bachelor of arts in economics and commissioned into the Army as a field artillery officer.

Wins went on to a stellar career in the Army.  In his final command, he was the first commanding general of the U.S. Army Combat Capabilities Development Command.  During his 34 years of service, he also held many other leadership and staff assignments, including in Headquarters Department of the Army and the Joint Staff at the Pentagon.

“I am excited to return to VMI, a place that had an extraordinary impact on me as a leader and person,” said Wins. “Now, more than ever, the lessons and values of VMI are needed in the world, and I am humbled to be a part of making that happen. I most look forward to leading the cadets and ensuring we have a safe and successful conclusion to the academic year, hit the ground running during the spring sports season, and continue fulfilling our vital mission of producing educated and honorable men and women.”

The Board of Visitors has appointed a Superintendent Search Committee and will work with an executive search firm to identify candidates over the next several months.

A new, permanent superintendent is expected to be in place during the summer of 2021.