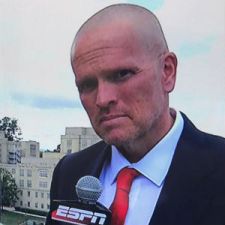 VMI is scheduled to make a return trip to Blacksburg on Tuesday, April 23. The teams split a pair of games last year, with the Keydets taking a 9-7 victory on April 25 in Lexington. Former VMI catcher Peyton Maddox drilled a two-run home run in the bottom of the ninth for a walk-off win.

Capping off March, several Keydets had successful months stat-wise. Josh Hollifield hit a team-best .288 and tied for the lead with 11 RBI. Nuccio and Cody Warner also drove in 11. Ryan Hatten’s .529 slugging percentage was highest on the team, aided by three doubles and four home runs of his 12 hits in March. Ryan Smoot compiled a .400 on-base percentage, drawing 11 walks and reaching base 11 more times after being hit by pitches.