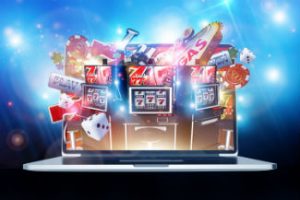 We all are aware of the increasing popularity of VR. There are already many VR based applications available in the market. It is expected that in the near future, everyone will have at least one VR device at home. The growing interest has also demanded the online gambling industry to switch to VR casinos. There are a few, mainly the Australian online casinos, who are considered as a pioneer in making the shift in the gambling world. VR casinos are expected to be more profitable than the traditional casinos as they provide real life gambling experience and re-enact the gaming experience that you might have playing at a physical casino.

VR casinos enable players to move and look around while playing their favorite casinos and even have a conversation with their opponents or supporting players. The gaming developers are putting all the efforts to replace the existing software with attractive graphics that are similar to the real ones. Several functionalities like listening comments of other players, looking at the emotions of your competitors and the headsets or AR glasses provide gamblers the feel of a real gambling table. Popular gaming provider, Netent also released their VR demo in the name of Jack’s VR World.

Benefits and Drawbacks of VR Casinos

The most important benefit still remains the level of gaming experience that VR provides. Additionally, the variety of casino games being developed by leading companies is also an attraction. VR casinos provide cost effective bonus features and real time chatting features to have a better connection with other players. With this new format, players can expect frequent updates in the casino games as it still in the nurturing stage. This will definitely keep the players engaged and motivated.

Although there are a few developers who have initiated developing VR casinos, one of the common challenges currently observed is the cost of development especially the hardware costs. It is still a debatable concern that the players may or may not pay the additional cost for playing casino and at times the players might also need to upgrade to better software to play their favorite poker or slots. Additionally, the low investing players will need to get accessories like AG glasses for a better experience. Thus, overspending is currently a great concern ahead. However, looking at the strong market needs, the companies are really pushing the technological boundaries to tackle any forthcoming issues with the virtual reality gaming environment.

Developed by Sony, the PlayStation VR headset is the first of its kind. It provides a 360-degree view of the scene and offers more than 100 frames in a second. This is also the low-priced headset available in the market making it the first choice for online players. The only drawback is it is not compatible with the windows-based VR games.

As the name suggests, it is best for Samsung smartphones and tablets including the Galaxy series. It provides a virtual experience in all the senses and takes the user deep inside the virtual world. However, it is currently not supporting online pokies.

Oculus Rift supports the maximum variety of games currently available in the market which makes it the best choice for the players. It is enabled with an OLED screen and provides a 110 degree view with a 3D effect. Considering the popularity of Oculus Rift, Facebook acquired it for $2 billion.

It is the most expensive VR headset, but players have always defined the worth of purchasing this. HTC Vive empowers players to create virtual environments enabling them to freely move around and explore more while staying connected with the VR system. Similar to Oculus Rift, it also provides 110 degree views but additionally it has 32 sensors and 360 degrees tacking.

VR casinos have a very promising future as the players and developers both passionate about the growth. Though the VR headsets are a bit expensive at present, with increasing demand, the cost will definitely come down and with increasing games being developed to support VR, the fan base is also going to incline in the future.

The author of this article is Smith Frankinson, an online gaming expert.