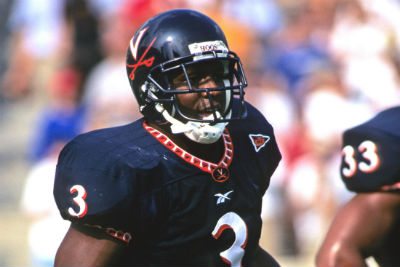 Virginia alum Anthony Poindexter has been elected to the College Football Hall of Fame, part of a 19-member class announced on Wednesday.

The class will be officially inducted during the 63rd NFF Annual Awards Dinner on Dec. 8 at the New York Hilton Midtown.