Virginians would consider buying an EV: Inventory is a barrier 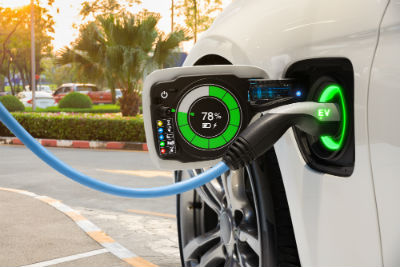 Virginia is ripe for widespread adoption of electric transportation, but low electric vehicle inventory and other barriers are preventing the Commonwealth from reaping the benefits, according to a new report from clean energy non-profit Generation180.

The Virginia Drives Electric report provides the first comprehensive picture of the EV landscape in Virginia, including new findings on consumer and dealer sentiments about EVs and an analysis of EV inventory in the state.

Fifty-three percent of Virginians said they were likely or very likely to consider an EV for their next car, according to findings from a representative survey of 1,100 Virginians conducted by research firm Dynata, on behalf of Generation180. Notably, Virginia ranks 13th in the nation for EV sales, despite the fact that Virginia does not have pro-EV policies in place, such as requiring automakers to sell a certain number of low to no emissions models.

But report authors also found availability of EVs at new-car automotive dealers were 44 to 54 percent lower in Virginia cities than in comparable cities in neighboring Maryland, which has more supportive EV policies. Higher up-front costs and charging infrastructure are other barriers that need to be addressed, according to authors.

“We’re at an exciting tipping point in Virginia’s transition to electric transportation. Virginians are interested in EVs and dealers are open to selling them. But without enough electric cars on the lot, Virginians are going to take their business to other states, and Virginia will get left behind,” said Stuart Gardner, director of Generation180’s Electrify Your Ride program. “If Virginia really wants to step up as a clean energy leader, and take advantage of this economic opportunity, we need to put more supportive EV policies in place,” he added.

Transportation is the largest source of carbon emissions in Virginia, and with low to no tailpipe emissions, EVs offer obvious climate benefits. They will also bring jobs and improve public health, say authors. Building out charging infrastructure to meet growing demand for EVs will create new electrical, construction, and other jobs. Studies show that switching to electric vehicles cuts down on air pollution from gas-powered vehicles known to exacerbate asthma and contribute to other health problems and lost workdays.

Other findings from the report

“This report shows that Virginians support a transition to clean energy. We need to do everything we can to speed the adoption of electric transportation to support the state’s long-term carbon reductions goals. Putting pro-EV policies in place is the best next step,” said Wendy Philleo, executive director of Generation180.Generation180 is also hosting online events on November 18 to discuss its report and the benefits, barriers, and policies needed to spur widespread EV adoption. These events—Why EVs Matter and Electrifying Virginia’s Transportation Policies—are free and open to the public.