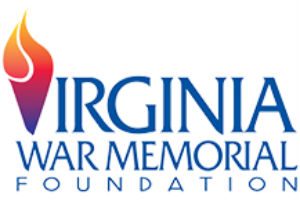 Friday, Sept. 18 is National POW/MIA Recognition Day. The Virginia War Memorial will honor and remember all American service members who were held as a prisoner of war or were reported as missing in action with a series of special exhibits and programs from Sept. 15-18.

A Missing Man Table will be on display in the Robins Lobby of the Memorial’s C. Kenneth Wright Pavilion.  This table is set with a single place setting to remember those who are absent and cannot attend a meal because of their POW or MIA status.  The setting uses official Commonwealth of Virginia china, which was presented as gift for this purpose from Virginia’s Executive Mansion.

The Memorial is updating its Virginians Missing in Action exhibit to reflect those service members whose remains have been identified and returned in recent years.  The updated exhibit will debut September 15.

The Memorial will present two livestream presentations in recognition of POWs and MIAs.

Sept. 18th is also the 73rd Birthday of the United States Air Force, which the Memorial will recognize with a special livestream event:

Those wishing to view these livestream events should pre-register at vawarmemorial.org/learn/livestreams.

The Memorial’s Paul and Phyllis Galanti Education Center is named in honor of Commander Paul Galanti (USN, Ret.) and his late wife, Phyllis.  Commander Galanti was held as POW of the North Vietnamese at the infamous “Hanoi Hilton” for almost seven years.  Mrs. Galanti worked tirelessly during his imprisonment for the humane treatment and ultimate release of her husband and his fellow POWs.

Admission and parking is free.  Due to current COVID-19 restrictions, facemasks and social distancing is required, and the number of visitors permitted inside the Memorial at any one time may be limited.