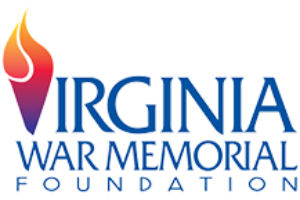 The Board of Directors of the Virginia War Memorial Foundation announced that Pamela R. Seay has been chosen to serve as its new president.

She will join the Foundation on Dec. 1, 2019 and assume full duties for leadership and oversight of the nonprofit organization and its staff on January 1, 2020.

Established in 2000 in Richmond, the Virginia War Memorial Foundation (VWMF) is the private, nonprofit, 501(c)(3) corporation that provides funding for the educational outreach, patriotic events, historical programs and exhibits, and the documentary film series Virginians at War.

“The members of our Board of Directors are extremely pleased that such a respected and experienced leader as Pam Seay will be taking the helm of the Virginia War Memorial Foundation at this exciting time in the history of the Foundation and the Memorial that it supports,” said Rear Admiral Frank Rennie, IV, USN (Ret.) and VWMF board chair.

“In early 2020, we will celebrate the Grand Opening of the C. Kenneth Wright Pavilion and the dedication of the Shrine of Memory – Global War on Terrorism and Beyond at the expanded Virginia War Memorial. Her leadership will be critical to our continued success as the premier state war memorial in America for the decades ahead.”

“At this time of leadership transition, the Board of Directors expresses its pride and appreciation for the work of Executive Director John Hekman as he enters his planned retirement at the end of the year,” said Admiral Rennie. “Admiral Hekman has served this Foundation and the Virginia War Memorial as an exemplary leader in a variety of roles for over two decades. We wish him well in retirement but we will continue to look to him for his counsel and wisdom during this time of transition.”

Dedicated in 1956, the mission of the Virginia War Memorial is to Honor Veterans, Preserve History, Educate Youth and Inspire Patriotism in All.  The Memorial includes the names of the over 12,000 Virginia heroes who made the ultimate sacrifice during World War II, the Korean and Vietnam Wars, in the Persian Gulf and the ongoing Global War on Terrorism.  The Memorial, which is a division of the Virginia Department of Veterans Services (DVS), is located at 621 South Belvidere Street in downtown Richmond and is open for visitation seven days a week.