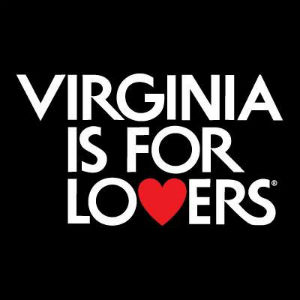 Virginia Tourism Corporation announced today that Virginia’s tourism revenues had another record-breaking year in 2017 by reaching $25 billion, a 4.4 percent increase over 2016. This spending supported 232,000 jobs, $5.9 billion in salaries and wages, and $1.73 billion in state and local taxes. All Virginia localities saw an increase in travel expenditures in 2017 compared to previous year.

The travel industry in the Commonwealth has continued to grow eight years in a row since the Great Recession, which officially lasted from December 2007 to June 2009. Travel expenditures increased at a compound annual growth rate of 3.9% since 2010.

Foodservices and lodging were among the top performing spending categories for domestic travelers in Virginia. Domestic travelers spent $7.4 billion on foodservices including restaurants and other eating and drinking places in 2017, up 3.6 percent from 2016. Spending on lodging including hotels/motels, campgrounds, time share and vacation homes rentals was $4.9 billion in 2017, accounting for 19.9 percent of domestic traveler spending, up 4.1 percent from 2016. Likewise, the hotel industry had a robust year with all performance indicators rising in 2017 according to STR. Both room demand and supply grew by 1.7% and 0.9% respectively. Average daily rates in Virginia hotels reaching to $109.66, with an increase of 2.2%, improved RevPAR (revenue per available room) by 2.9%. The occupancy percentages, percentage of available rooms that were sold, were at 63.9%.

The travel industry continues to be a premium in consumers’ minds with healthy economic indicators. The focal shift from products to experiences, as well as the impact of technology influencing one-of-a-kind, local, bucket-list vacations have proven to be beneficial travel trends for Virginia’s tourism economy as it continues to grow year after year.