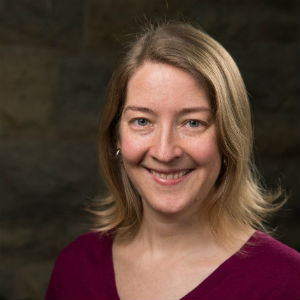 Leah R. Johnson, an assistant professor in the Department of Statistics, part of the Virginia Tech College of Science, is using a $700,000 National Science Foundation CAREER grant to improve mathematical and statistical models to help fight deadly diseases.

The vector-borne diseases that Johnson is targeting include dengue in humans and huanglongbing, commonly known as citrus greening, in fruit trees. The dengue virus, according to the U.S. Centers for Disease Control and Prevention, is spread by mosquitos and infects 400 million people per year, mostly in tropical and subtropical climates. Huanglongbing — translated as “yellow dragon disease” — is a bacterial infection of citrus trees spread by small insects that cause leaves to wilt and, as the name indicates, fruit to become discolored.

“I’ve been working on models for vector-borne diseases for a few years now, focusing on improving how we include environmental factors, such as temperature, into mechanistic models of disease spread,” said Johnson. “Mostly I’ve concentrated on expanding existing simple models and better incorporating sources of uncertainty.”

As part of her research, Johnson has been running a research collaboration network known as VectorBiTE,

focusing on facilitating interactions between researchers in vector-borne diseases. She said the CAREER grant will allow her to take the effort further, both to improve the current models and start incorporating more detail and data.

“Infections such as dengue and Huanglongbing are data-rich, so we can test the models we develop against observations of transmission,” Johnson said.

The grant also will allow Johnson to partner with scientists at the Virginia Department of Health’s Division of Environmental Epidemiology to develop improved tools for forecasting, planning, surveillance, and control of vector-borne diseases while simultaneously improving quantitative training for public health workers focused on vector-borne infections.

She hopes the work with the grant will lead to more projects. “Part of the excitement of this kind of project is that you get to spend time thinking about the really novel and interesting questions in our fields,” she added.

“I’d like to keep thinking about how environment impacts transmission of vector-borne diseases, but expand into other infections and insects. I’m especially curious about tick-borne infections. Ticks have pretty complicated and long lifecycles, which makes building models for them more challenging, but I think it could be a lot of fun.”

Johnson is an affiliated faculty member of the Department of Biological Sciences and the Academy of Integrated Science’s Computational Modeling and Data Analytics program, all in the College of Science, and the Global Change Center at Virginia Tech, part of the university’s Fralin Life Science Institute.

She earned a bachelor’s degree in physics from the College of William & Mary in 2001, and a master’s in physics in 2003 and doctoral degrees in applied mathematics and physics in 2006, all from the University of California Santa Cruz. Johnson joined Virginia Tech in 2016.

The CAREER grant is the National Science Foundation’s most prestigious award, given to creative junior faculty considered likely to become academic leaders of the future. Johnson is one of three College of Science faculty to receive a CAREER Award thus far in 2018, with the other recipients being Guoliang “Greg” Liu and Nick Mayhall, both assistant professors in the Department of Chemistry.