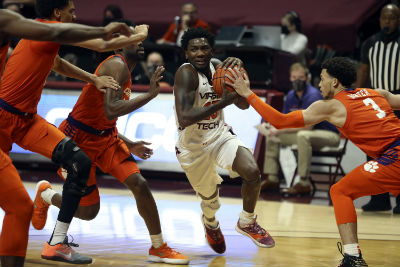 Clemson cut a 14-point Virginia Tech lead to two in the final minute, but the Hokies held on for the 66-60 win over the 24th-ranked Tigers Tuesday in Blacksburg.

Virginia Tech closed the game out at the foul line.

The Hokies had four players in double digits, led by guard Tyrece Radford’s 15.

“They are a legitimate top-25 team, having beat Mississippi State, Purdue and Alabama,” Tech coach Mike Young said. “I feel good about our team. We really fought and rebounded. Those are two good ingredients to have going into a big game, a league opener against a really good Clemson team.”