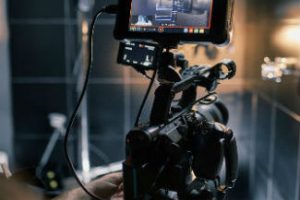 The Virginia Tech Board of Visitors Executive Committee recently approved a resolution to establish a new School of Communication and Digital Media.

Pending approval from the State Council of Higher Education for Virginia, the school would be hosted within the College of Liberal Arts and Human Sciences beginning in the fall.

“The communication field has broadened considerably in recent years in its scope, specialization, disciplinary areas, and methodologies,” said Laura Belmonte, dean of the College of Liberal Arts and Human Sciences. “At the same time, rapid advances in communication technologies have disrupted how we consume news, perceive personal privacy, and even talk with one another. The time is right to expand our already outstanding programs in this field.”

The school would supersede the current Department of Communication. Robert Denton, a political communication scholar who heads the department, would assume directorship of the school.

“The school is expected to magnify our already vibrant programs, enabling students to use the latest technologies to provide storytelling across platforms,” said Denton. “The broader purview will also allow both faculty and students to expand their efforts to probe the promises and pitfalls of digital technologies, explore the role of big data in communication, and tease out the implications of social media connectivity.”

More than 300 Virginia Tech students now major in public relations, a program that balances theory and practical application to teach image and issue management for all types of organizations, including corporations, not-for-profit organizations, government agencies, and political campaigns. The program is one of only 40 nationally to be certified by the Public Relations Society of America.

Multimedia journalism is the second most popular major. A key asset in those students’ education is a professional broadcast studio located in the Moss Arts Center. The studio — which was renovated last year with a new, state-of-the-art set that combines traditional Hokie stone with contemporary brushed aluminum — features color-changing LED panels, an acrylic anchor desk, a 10-foot panel screen with 4K video, and multiple cameras that can glide across the floor on tripods or soar toward the ceiling for overhead shots. Behind soundproof glass, a control room allows students to orchestrate advanced multimedia productions.

Among the students using that studio are those in sports media and analytics, a program that launched after Bill Roth joined the department as a professor of practice in 2016. Roth, the long-time, legendary Voice of the Hokies, provided radio play-by-play for Virginia Tech football and men’s basketball for 27 years. During that time, his jubilant call when Hokies crossed the end zone — “Touchdown, Tech!” — became iconic.

The communication science and social inquiry major — formerly known as communication studies — focuses on the dynamics of human communication. Student not only learn to be persuasive communicators across a range of contexts, but they also explore communication as a universal human experience that lies at the heart of social interactions, relationships, politics, and culture.

The department also offers a master’s program that provides advanced study in strategic communication and society, media, and technology research from various theoretical and methodological perspectives.

“Communication degrees at Virginia Tech are in ever-increasing demand,” Denton said. “Our numbers have risen from a handful of students when the program began in 1976 to 850 today.”

More than 6,000 Virginia Tech graduates hold a communication degree. Notable alumni in broadcasting at the national and international levels include Hoda Kotb ’86, co-host of the “Today” show; Pierre Thomas ’84, the senior justice correspondent for ABC News; and Molly Line ’99, a Fox News correspondent. Atia Abawi ’03, a former foreign correspondent for both CNN and NBC News, is an award-winning journalist and novelist.

Many graduates have also forged successful broadcasting careers at local and regional levels, including Jummy Olabanji ’06, an NBC anchor in Washington, D.C., and Rick Devens ’06, a morning news anchor in Macon, Georgia, who found an even broader screen following when he became a fan favorite last year on “Survivor: Edge of Extinction.”

Alumni behind the camera include Jeff Consiglio ’83, an Academy Award–winning documentary filmmaker; Tony Hardmon ’86, an Academy Award–winning cinematographer; Tim Leaton ’07, a film editor for such productions as “America’s Got Talent”; Marco Shepherd ’05, head of production and development at Centropolis Entertainment, a Hollywood production company; and Robert Wimbish ’90, director of programming for HGTV.

Belmonte noted that, in addition to enhancing the professional paths of future graduates, the new school would support Virginia Tech’s land-grant mission by fostering the discovery and dissemination of knowledge about human and digital communication.

“The communication field is now more crucial than ever,” Belmonte said. “Public trust in traditional news organizations has eroded, social media platforms have proved vulnerable to tampering, and artificial intelligence enables video and audio manipulations so convincing that they could spark perilous political reactions.”

“By drawing on Virginia Tech’s leading-edge expertise in data analytics and decision sciences, and by identifying and promoting ethical ways to communicate across platforms,” she said, “the School of Communication and Digital Media has a significant role to play in helping ensure an educated citizenry, promoting transparency in news reporting, and reasserting the sanctity of the political process.”