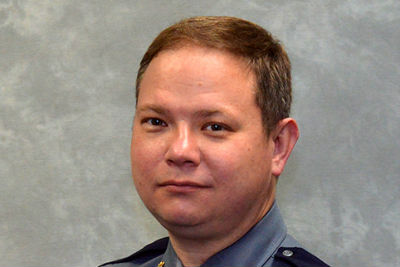 Richard K. Boyd has joined the executive team of the Virginia State Police as a major and deputy director of the Bureau of Criminal Investigation.

Boyd is picking up this leadership position from Maj. Keith Keesee, who is retiring effective Jan. 1, 2021. Keesee has served as the BCI deputy director since his appointment on Feb. 10, 2018.

Prior to this promotion, Boyd, whostarted his career with Virginia State Police in 2004, was commander of the BCI Richmond Field Office, where he ensured that the latest investigative tactics, extensive jurisdictional partnerships, and comprehensive and consistent training came together to produce positive outcomes while combating crime.

In addition, Boyd is a member of the Central Virginia Overdose Working Group, the Richmond Regional Human Tracking Collaborative and the Emergency Management Alliance of Central Virginia.

Boyd started his journey with Virginia State Police as a trooper assigned to the Culpeper Division’s Area 5 Office in the Fredericksburg area. From there, he continued to serve the Culpeper Division as a special agent, where he investigated middle and upper level drug distributors and organizations on the state and federal level. He was then promoted to supervisory special agent coordinating the FBI Safe Streets Task Force, where he led a multi-jurisdictional team of law enforcement agents.

In 2014, Boyd continued to serve the Culpeper Division as first sergeant in the General Investigation Section and then in 2016 as lieutenant. In 2017, he came to headquarters in Richmond, where he was captain and director of the Office of Internal Affairs.