Update: Fredericksburg man turns himself in 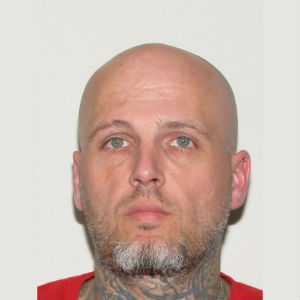 Update: Friday, 11:17 p.m. A Fredericksburg man wanted for questioning in a fatal Culpeper County crash has been arrested by state police. Earl J. Nicholson Jr., 38, was charged with one felony count of hit and run and is being held without bond at the Culpeper Regional Jail. Additional charges are pending.

A 2000 Ford Explorer was traveling north on Rte. 522 when the driver lost control, crossed the centerline into the southbound travel lane and collided head-on with a 2007 Saturn ION that was in the southbound turning lane.

The driver of the Ford, Earl J. Nicholson Jr., 38, of Fredericksburg, Va., suffered serious injuries and was transported from the scene. But, Nicholson was never admitted to the hospital. He walked away as soon as the ambulance he was riding in arrived at the local hospital.

The driver of the Saturn, Pamela J. Mozingo, 54, of Culpeper, Va., died at the scene. Mozingo was not wearing a seat-belt.

Two passengers in the Saturn, both adult males, were flown transported to UVA Medical Center for treatment of life-threatening injuries. Neither male was wearing a seatbelt.

Charges are pending and the crash remains under investigation.

Anyone with information on the whereabouts of Nicholson is encouraged to call Virginia State Police at #77 or 540-829-7766.

The Virginia State Police Culpeper Division Crash Reconstruction Team is assisting with the ongoing crash investigation. Culpeper Fire and Emergency Services, and the Culpeper Sheriff’s Office assisted at the scene.