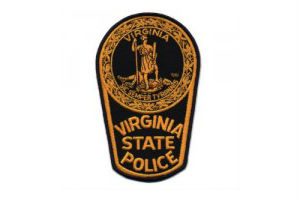 Hook, now a major, has served with Virginia State Police since graduating the academy in 2001 with the 101st Basic Session. Hook succeeds Major F. Daniel Glick, who retired effective Oct. 1.

Glick had served as the BASS deputy director since his appointment on June 25, 2018.

In addition, Hook was Virginia’s representative to the International Justice and Public Safety Network.

Hook began his career with Virginia State Police in 2001 as a trooper assigned to the Chesapeake Division’s Area 46 Office in the Hampton/Newport News area. From there, he was promoted to special agent, where he was responsible for investigating homicides, shootings and other serious offenses throughout the Bureau of Criminal Investigation Chesapeake Field Office.

In 2014, Hook was promoted to first sergeant and supervised the bomb-arson and violent crimes agents in the BCI Chesapeake Field Office. And in 2016 Hook served at the Virginia State Police Headquarters in Richmond as a lieutenant in the CJIS Division.

Prior to starting his career with VSP, Hook was an assistant Commonwealth’s attorney in Culpeper County.

He has a bachelor’s degree in political science from The Citadel, a juris doctor from the College of William and Mary Marshall-Wythe School of Law, and is a graduate of the National Criminal Justice Command College at the University of Virginia.

On Sept. 25, then-Captain Caren M. Sterling was welcomed as a major and deputy director of the Bureau of Criminal Investigation.

Prior to this she was the commander of the Bureau of Field Operations for the Chesapeake Division and has served with Virginia State Police since graduating the academy in 2001 with the 101st Basic Session.

Taylor had served as the BCI deputy director since July 10, 2018.

Prior to commanding the BFO Chesapeake Division, Sterling was a lieutenant in the Office of Internal Affairs, managing staff inspections across the agency, including statewide facilities upkeep and worker safety standards. In addition, she oversaw the department’s rigorous accreditation process.

Sterling began her VSP service as a trooper assigned to the Fairfax Division’s Springfield Area 48 Office. In 2005, she was promoted to special agent in the BCI Criminal Intelligence Division where she worked in counterterrorism and intelligence collection and analysis. She was an inaugural agent assigned to the Virginia Fusion Center.

Sterling has a bachelor’s degree in health education from Virginia Commonwealth University and a Juris Doctor from Concord Law School. In December she will graduate from Regent University with a master’s of law. She is a graduate of the National Criminal Justice Command College and the Virginia Forensic Science Academy.

“Promotions within the executive leadership are bittersweet,” said Virginia State Police Superintendent Colonel Gary T. Settle. “It means that dedicated leaders and friends with years and even decades of service and knowledge are moving on to the next chapter of their lives. But with it comes the energy, perspective and experience of new leadership that will honor our traditions and bring with them new ideas and initiatives. The next generation of leadership will move this Department forward and serve all Virginians with professionalism, honor and respect.”