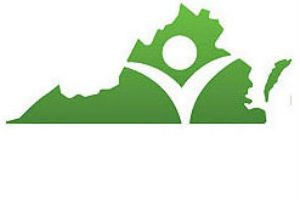 Kaine was joined by Margarida Jorge of Health Care for America Now, Jill Hanken of the Virginia Poverty Law Center and chapter leaders so that members could ask questions about what the federal government is doing to help them in this crisis.

More than 2,000 Virginians participated in the call.

“What legislation can be implemented to protect people such as myself from retribution?” asked Mary Jane Morrow of the Eastern Shore, who described being fired from her job at an assisted living facility because she drew attention to her employer’s failure to protect residents and staff from the virus.

Kaine could not name any federal legislation that protects whistleblowers in that situation, but he urged Morrow to contact his office so that she could advise them on crafting legislation that would do so.

Liz Zavala of Harrisonburg described the devastating and disproportionate affect the pandemic has had on the Latinx and Hispanic community in her area because of the deadly outbreaks in local poultry plants.

“Seven of my family members have gotten sick,” Zavala said. “My aunt unknowingly infected her household, and my grandmother died. Two other relatives are still critically ill. My mother was not paid for 14 days of quarantine, and my uncle was told to keep working even though he was exposed.”

Kaine expressed his sympathy but said that he did not think it would be possible for Congress to increase safety standards for workers because of opposition by the Trump administration.

“We do have the ability to resist weakening safety standards and refuse to protect employers from liability,” he promised.

Jay Monfort, a leader in the Norfolk chapter of Virginia Organizing, spoke about losing his restaurant job in Virginia Beach and trying to stay safe with a heart condition. He expressed gratitude for the Affordable Care Act, which allows him to remain insured on his parents’ plan because he is under 26.

“We should be looking at who still doesn’t have health care and why,” Monfort said.

Margarida Jorge of HCAN described the current campaign for the HEROES Act, which the House of Representatives passed on Friday. The act would provide funding directly to local governments for shortfalls in their revenue and new emergency services as well as increases to SNAP eligibility and benefits, and other priorities.

“In order to create the conditions where recovery is possible,” Jorge said, “at the local level people need their jobs. Revenue shortfalls mean localities may have to lay off first responders and many other workers.”

Hanken wanted to inform participants that if they have lost their health insurance along with their employment, they can request a special enrollment period at Marketplace.gov, or, if their income meets the eligibility requirements, they may qualify for Medicaid. Enrollment in Medicaid has jumped by more than 10,000 in the last two months, she said, and immigrants can also qualify for “emergency Medicaid.”

Virginia Organizing members around the state expressed enthusiasm about the townhall.

Dustin Robins of the New River Valley praised Kaine for his invitation to each of the questioners to call his office and work with his staff on solutions to their issues, “in our time of greatest need in Virginia.”