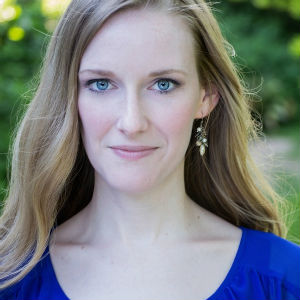 Celebrate the end of summer 2016 with a free gift to the Richmond community from the Virginia Opera.

Opera in the Park at Dogwood Dell on Saturday August 27 will provide citizens with the opportunity to relax and enjoy the greatest hits from the stages of opera and Broadway. Opera in the Park is generously sponsored by McGeoge Toyota in Henrico and has become one of Richmond’s signature summer events.

The Richmond Symphony will accompany the Virginia Opera chorus, young members of Virginia Opera’s Herndon Foundation Emerging Artists program, and stars of the upcoming 2016-2017 season. The concert will be conducted by audience favorite Adam Turner, Virginia Opera’s Principal Conductor and Artistic Advisor. Over the past three summers the event has drawn capacity crowds and countless new fans for Virginia Opera.

“By being free and open to the public, Opera in the Park annually exposes thousands of Greater Richmond area families to some of opera’s and Broadway’s favorite selections in a causal and welcoming atmosphere for everyone,” said Russell Allen, Virginia Opera’s President and Chief Executive Officer.

Opera in the Park also serves as an exciting launch of the 2016-2017 Virginia Opera season which opens this year in Central Virginia on October 14 with double bill productions of The Seven Deadly Sins & Pagliacci. Featured performers include former Herndon Foundation Emerging artists David Blalock and Jeni Houser who met and began a relationship at Virginia Opera during the 2013-2014 season production of Bizet’s Carmen.

Houser appeared this past season at Virginia Opera’s Join the Stars Onstage and Mr. Blalock sang the role of “der Steuermann” in Wagner’s The Flying Dutchman for Virginia Opera’s 2015-2016 riveting production. Other stars of the evening are Soprano, Anne-Carolyn Bird and Bass-Baritone, Matt Burns who formerly starred together in Virginia Opera’s 2013 production of Mozart’s The Marriage of Figaro; Tenor, Kyle Tomlin who performed in three Virginia Opera 2015-2016 productions including the role of Tybalt in Gounod’s Romeo and Juliet; and Herndon Foundation Emerging Artists, Mezzo-Soprano, Rachel Braunstein, Baritone, Kyle Oliver and Soprano, Molly Phelan.

Dogwood Dell opens at 6:00 P.M. and the concert begins at 7:30 P.M. Drawing capacity crowds each season, audience members are encouraged to arrive early to secure best seating. Attendees are welcomed to bring lawn chairs, picnic supplies, and coolers with non-alcoholic beverages. Food and beverage will also be available for purchase at the concert. Virginia Opera will offer free drawings for a large selection of prizes, including tickets to Virginia Opera performances and restaurant gift certificates.