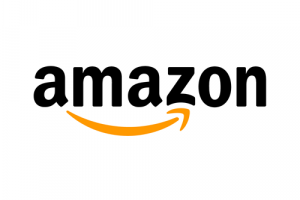 Northam made the comments while celebrating the one-year anniversary of Amazon HQ2 and the progress made on the project over the last 12 months by the Commonwealth, the Virginia Economic Development Partnership, Arlington County, and the City of Alexandria.

On Nov. 13, 2018, Northam announced that Amazon would invest approximately $2.5 billion to establish a major new headquarters in Virginia, creating more than 25,000 high-paying jobs over 12 years.

“Virginia is investing proactively in our future, as the Amazon competition inspired us to do,” said Northam. “Since the company’s announcement last year, we have been focused on making sure that every part of the Commonwealth benefits from their decision to make Northern Virginia their new home. Our plan includes investing in education, transportation infrastructure, and affordable housing. The investments spurred by the Amazon project will strengthen Virginia’s workforce and diversify our economic growth for decades to come.”

The headquarters will be housed in a collection of new and renovated buildings located in National Landing, which includes portions of Pentagon City and Crystal City in Arlington County, and Potomac Yard in the City of Alexandria. Virginia successfully secured the project through an unprecedented state, local, regional, and private partnership after a 14-month competitive site selection process during which Amazon received 238 proposals from communities across North America. JBG SMITH was chosen as Amazon’s partner to house and develop its HQ2 locations.

“The team spirit and commitment that helped secure Amazon’s second headquarters for Virginia endures as the project advances into the next phase,” said Secretary of Commerce and Trade Brian Ball. “The cornerstones of Virginia’s proposal will enhance the infrastructure, tech talent, and higher education assets across the Commonwealth, and we are confident in the far-reaching benefits of Amazon HQ2 for Arlington County and the City of Alexandria.”

One year later, the Commonwealth is highlighting several project milestones:

The foundation of the cooperative pitch for Amazon’s headquarters was the Tech Talent Investment Program (TTIP). Virginia is committing up to $1.1 billion to more than double the annual number of graduates with bachelor’s and master’s degrees in computer science and closely related fields, creating an additional 31,000 graduates in excess of current levels over the next 20 years. Following several months of collaborative efforts, Governor Northam signed agreements with 11 Virginia universities on October 30th and subsequent agreements will be established with other public higher education institutions, including community colleges.

The Commonwealth of Virginia, Arlington County, and the City of Alexandria have committed funding for transportation investments to support mobility in the region, and several transportation improvements are already underway. The Washington Metropolitan Area Transit Authority (WMATA) and Arlington County completed the development and analysis of alternative site locations for the Crystal City Metrorail station’s new east entrance and are now finalizing the concept design plan.

This new Metro entrance will help alleviate crowding and streamline pedestrian traffic through the station. Later this year, the Arlington County Board will consider a funding agreement between the Virginia Department of Transportation (VDOT) and the County for a study of a Crystal City/National Airport Intermodal Connector (CC2DCA) and an environmental review of the project is expected to start next year.

Over the last year, a variety of approvals and permits have been received for the new Potomac Yard Metrorail station. Decisions on design, pricing, and contracting for enhanced southwest access to the station are all expected to be finalized by the end of 2019, and the station is scheduled to open in 2022.

Progress is also being made to extend the Crystal City Potomac Yard Transitway’s physical infrastructure into Pentagon City, with the first segment’s design expected to be completed in summer 2020. The extension will add another 1.1 miles to the Transitway corridor to connect the City of Alexandria through Pentagon City in Arlington and support anticipated residential and office development.

Arlington County is working diligently with officials from Amazon both on permitting and inspecting building renovation work for its initial occupancy in Crystal City, as well as the planning and entitlement of its new construction projects in Pentagon City (commonly known as the Metropolitan Park site). Current plans for the first phase of the new headquarters include two new LEED-Platinum certified buildings, new retail space for area businesses, and open, community space, transforming the site from a block of vacant warehouses into a mixed-use neighborhood. Amazon will invest approximately $2.5 billion dollars over the coming years and occupy more than four million square feet of energy-efficient office space.

Virginia Tech continues to make progress on building its Innovation Campus in Alexandria as part of a new mixed-use development in National Landing, just steps away from the future Potomac Yard Metrorail Station. The concept plans for Phase 1 of the development of this site were submitted to the City of Alexandria on November 1 and public meetings to review the plans are beginning, with related land use decisions expected to be made in 2020. The State Council of Higher Education for Virginia (SCHEV) recently approved a new master of engineering degree in computer science, the first newly created program for the Innovation Campus, and the university is planning to welcome the first class of Innovation Campus students next fall in existing space.

The Amazon HQ2 Request for Proposals (RFP) process inspired unprecedented collaboration in Northern Virginia—the City of Alexandria joined Arlington, Fairfax, and Loudoun counties in partnership with the Commonwealth of Virginia to put forth the strongest proposal for the region.

“Virginia’s biggest employment growth opportunity in the years ahead will be in tech,” said Stephen Moret, VEDP President and CEO. “Accordingly, the Tech Talent Investment Program that Governor Northam and the General Assembly have launched will position communities across the Commonwealth for healthier, more diversified economic growth. We look forward to working with all of our stakeholders to continue the momentum in the Commonwealth.”

“One year after Amazon announced that it had selected Arlington as the site for HQ2, our community is working to ensure that the benefits of its presence here will be broadly shared,” said Arlington County Board Chair Christian Dorsey. “As we review the company’s initial land use proposals and assess the appropriate level of public benefits, we are forging partnerships with Alexandria, the region, and the state to meet the challenges posed by growth and to create new opportunities for housing, transportation, education, and workforce development.”

“So much work and progress has been made over the last year following the Amazon HQ2 and Virginia Tech Innovation Campus announcements,” said City of Alexandria Mayor Justin Wilson. “In Alexandria, we moved quickly to implement long-standing plans, now made possible by the impact of these private sector and state investments, including transportation, housing, and education projects. The City and the Alexandria Economic Development Partnership have been working closely with Virginia Tech, crafting a shared vision for the University’s Innovation Campus as an anchor to a larger Innovation District. It will be a true catalyst in Alexandria’s Potomac Yard, and we continue to be excited to be part of this momentous project. We look forward to continued strategic growth in Alexandria, Northern Virginia, and the Commonwealth.”

“Amazon’s choice to locate HQ2 in National Landing reflected an incredible team effort that continues to this day,” said JBG SMITH CEO Matt Kelly. “Working alongside our partners at Amazon, Arlington, Alexandria, the Commonwealth and Virginia Tech we have made great progress advancing our planned transformation of National Landing. We are thrilled to be a part of the team unlocking the full potential of one of the most dynamic and exciting regions in the Washington Metro Area.”