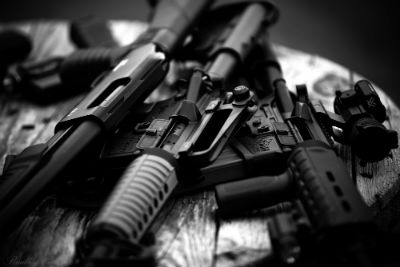 The Bureau of Alcohol, Tobacco, Firearms and Explosives, for more than 30 years, classified the core components of handguns and rifles as “firearms” subject to federal regulation if the components could be quickly and easily converted into functioning guns.

In 2015, the ATF, without offering any explanation, reversed course, issuing an interpretive rule stating that these rifle receivers and handgun frames were not considered firearms. An industry has since sprung up in which unlicensed online retailers sell nearly-complete guns directly to consumers.

These weapons, sometimes called ghost guns because they lack serial numbers and identifying marks, are untraceable and sold without background checks.

In an amicus brief filed in Syracuse v. ATF, Herring and his colleagues argue that the ATF must correct its unlawful 2015 interpretation of the Gun Control Act.

The contention is that ATF’s improper reading of the GCA effectively gave the green light for unlicensed online retailers to sell nearly-complete firearms that can easily be converted into fully-functioning weapons.

“These ‘ghost guns’ are incredibly hard to trace, which makes them much easier for dangerous individuals to get their hands on,” Herring said. “The ATF’s reckless interpretation of the law and lack of regulation could lead to more untraceable guns on our street, potentially putting Virginians and their families at risk. As attorney general, my number one responsibility is to protect Virginians, which is why I am joining my colleagues in fighting to stop the proliferation of dangerous, untraceable guns into our communities.”

Everytown for Gun Safety and four municipalities filed a suit against the ATF and the U.S. Department of Justice in August alleging that those agencies unlawfully concluded that ghost guns are not “firearms” under the GCA.

In an amicus brief supporting the plaintiffs, Attorney General Herring and his colleagues are urging the court to force ATF to properly regulate ghost guns because: