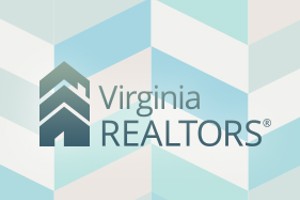 The March 2022 Virginia Home Sales Report from Virginia REALTORS® shows the spring market is off to a strong start, but there are some indications of changing market conditions.

Statewide, there were 11,446 home sales in March 2022, down 6 percent from a year ago. This decline is due to last year being an exceptionally busy market and also to the very low inventory which has provided buyers with very few options.

In March, Virginia’s median home sales price was $375,000—nearly 12 percent higher than in March of last year. While year-over-year sales slowed, Virginia did see a significant jump of more than 40 percent in sales between February and March 2022. This uptick reflects typical seasonal housing market patterns; however, this year, it was also likely fueled by the recent spike in mortgage rates.

Over the past few weeks, rates have risen faster than they have in nearly 30 years. In the second week of April, the average rate on a 30-year fixed-rate mortgage hit 5 percent for the first time in 11 years.

“Mortgage rates are rising more quickly than anticipated and will likely rise further during the year,” says Virginia REALTORS® Chief Economist Ryan Price. “Many buyers are eager to purchase a home before rates increase further.”

In Virginia, supply remains historically low; inventory is now less than a third of what it was five years ago. Intense competition resulted in homes selling for 2.6 percent higher than list price, on average, in March. This is the highest monthly average sold-to-list price ratio in at least a decade.

While these numbers may be daunting to potential buyers, there is some indication that supply is expanding. In March, Virginia’s inventory expanded with an uptick in new listings and a slight slowdown in buyer activity. At the end of March, there were about 1,500 more active listings statewide across Virginia, a 12.1 percent increase from the end of February.

“It is likely that Virginia’s inventory of homes for sale will expand over the coming months,” says Virginia REALTORS® 2022 President Denise Ramey. “Many sellers are feeling pressure from increasing mortgage rates, which will lead some to list their home for property now, before higher rates lead to less buyer interest.”