Virginia gets boost from Isaiah Wilkins 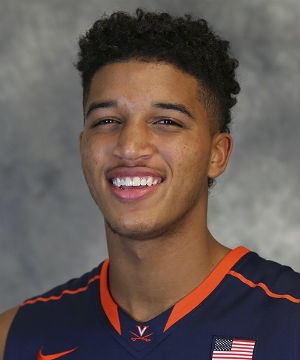 Isaiah Wilkins helped set the defensive tone for Virginia early on Saturday. Wilkins, getting his first start since a 70-68 loss at Virginia Tech on Jan. 4, hustled back on D to knock away a lob pass that would have likely led to an easy Louisville layup.

It was the kind of high-energy play that the 6’8” sophomore had put in consistently before seeing his time cut after the loss at Tech as coach Tony Bennett searched for the right chemistry in his lineups and rotations.

Bennett told reporters Saturday that he had wanted to use Wilkins more Tuesday at Wake Forest, but Wilkins was limited to 15 minutes because of a virus.

“I just decided his mobility on ball screens, again I just thought, let’s try to get off to something different,” said Bennett, who admitted to being “nervous” to go with Wilkins over freshman center Jack Salt because Louisville “is a team that rebounds so well, and we’re a little smaller, but he did the job.”

Wilkins’ numbers were modest – four points on 2-of-2 shooting, two rebounds, one assist, one block and two turnovers in 22 minutes.

“He was able to get some catches and some high-lows and stretch it with the defense. And I thought you had to have a little bit of mobility with the attack that we were going to run against this zone. It couldn’t be just plant guys on one spot, and that would not have favored offensively, Jack, like it would him,” Bennett said.