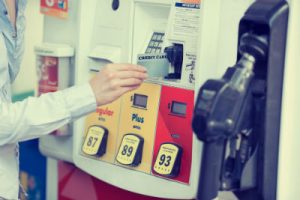 Virginia gas prices have risen 0.5 cents per gallon in the past week, averaging $2.10/gallon today, according to GasBuddy’s daily survey of 4,081 stations.

“Average gasoline prices continue to move higher in most areas as retail gas prices continue to follow the rising price of crude oil which remains near the highest level since COVID-19 began in March,” said Patrick De Haan, head of petroleum analysis for GasBuddy. “Seasonal factors have sat in the backseat compared to a modest recovery in demand and a healthy dose of optimism that a COVID-19 vaccine will bring normal demand levels in the coming year. For now, it’s not the best news for motorists as I expect gas prices may continue their ascent, but while it won’t last forever, its likely a sign of what’s to come in 2021- higher prices. The year ahead will be likely marked by recovery in the pandemic and rising demand, and for motorists interested in what’s coming to the pump GasBuddy will be releasing our 2021 Fuel Price Outlook in the days ahead, which will hopefully give motorists some idea of what to plan for in terms of pain at the pump.”