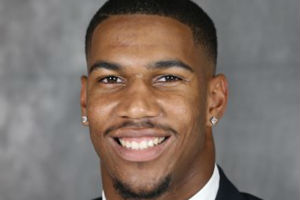 The fourth-year from Silver Spring, Md., was an honorable mention All-ACC honoree in 2019 after finishing with 72 tackles, 11 tackles for loss, 5.0 sacks, four pass breakups and one fumble recovery.

Snowden was named the Walter Camp National Defensive Player of the Week after leading all players with 15 tackles, 3.5 tackles for loss and 2.0 sacks in a win over Old Dominion in 2019. In 2018, he led the nation’s linebackers with nine pass breakups and 11 passes defended. Snowden is on the Butkus Award Watch List for the second year in a row.

Snowden is one of five ACC players to make the 51-person watch list.

Mirroring the legendary “51” pro jersey of the award’s namesake, Dick Butkus, whom NFL Films considers the best defensive player in football history, each watch list features 51 players who will be reviewed by a 51-person selection panel of deeply experienced coaches, talent evaluators and journalists who vote by private ballot. Appearance on the watch list is not required to become a semifinalist.

Semifinalists will be named Nov. 2, finalists November 23, and the winner will be notified on or before December 8.

The Butkus Award is a member of the National College Football Awards Association (NCFAA), which encompasses the most prestigious awards in college football. Visit www.NCFAA.org to learn more.