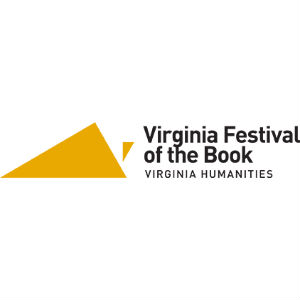 The Virginia Festival of the Book—a program of Virginia Humanities celebrating its 25th year of bringing writers and readers together to promote and celebrate books, reading, literacy, and literary culture—announced four new headlining programs.

The programs feature some of the most acclaimed authors working in fiction, nonfiction, and poetry today, including a National Book Award finalist and other award-winners as well as bestselling Festival favorites from the past twenty-five years—for the 2019 Festival, which will take place March 20-24 in Charlottesville and Albemarle County:

Charlottesville City Councilor Wes Bellamy (Monumental: It Was Never About a Statue) and former Mayor of New Orleans Mitch Landrieu (In the Shadow of Statues: A White Southerner Confronts History) discuss their experiences working as elected representatives and examining the history behind and presented by public monuments in their cities. How does remembering history differ from revering it? How might more complete histories affect what a community commemorates? How can community members have a voice when public monuments cease to represent community interests? Moderated by Gregg Kimball, co-chair of Richmond’s Monument Avenue Commission. Hosted by Charlottesville Tomorrow. Tickets are FREE but required; available at VaBook.org.

In honor of its twenty-fifth anniversary this year, three of the Virginia Festival of the Book’s most popular recurring authors—Lee Smith (Dimestore: A Writer’s Life), Adriana Trigiani (Tony’s Wife), and Douglas Brinkley (American Moonshot: John F. Kennedy and the Great Space Race)—take the stage to share memories and swap stories, reflect on the evolution of all things literary in the past quarter-century, and discuss their own work, past, present, and future. Hosted by Margot Lee Shetterly (Hidden Figures). Tickets are $22 ($11.50 students) and available at VaBook.org or the Paramount Theater Box Office.

All of Our Rights: America’s Legacy of Inequality

Carol Anderson (One Person, No Vote: How Voter Suppression Is Destroying Our Democracy), Michael Eric Dyson (What Truth Sounds Like: Robert F. Kennedy, James Baldwin, and Our Unfinished Conversation About Race in America), and Martha S. Jones (Birthright Citizens: A History of Race and Rights in Antebellum America) discuss their award-winning works focused on American rights, racism, and resistance. From Dyson’s examination of the Civil Rights movement to Anderson’s startling and timely look at voter suppression and Jones’ deeply-researched study of birthright citizenship, this conversation will explore the opportunities as well as the conflicts between people and policies. Moderated by Jamelle Bouie, columnist for the New York Times Opinion pages and a political analyst for CBS News. Tickets are $22 ($11.50 students) and available at VaBook.org or the Paramount Theater Box Office.

Future Tense: Writers You’ll be Reading for the Next 25 Years

As three of the most exciting young writers today, Mitchell S. Jackson (Survival Math: Notes on an All-American Family), José Olivarez (Citizen Illegal), and Sarah Smarsh (Heartland: A Memoir of Working Hard and Being Broke in the Richest Country on Earth) share and discuss their deeply personal works of nonfiction and poetry, each representing an eye-opening look into larger social and political issues in America. Moderated by Carlos Lozada, nonfiction book critic for The Washington Post. Tickets are $22 ($11.50 students) and available at VaBook.orgor the Paramount Theater Box Office.

More information about each of these newly-announced Festival headlining speakers is included in the full press release, attached. Tickets and additional details for each of these four programs are available on VaBook.org.