Virginia Department of Health warns of new danger of vaping 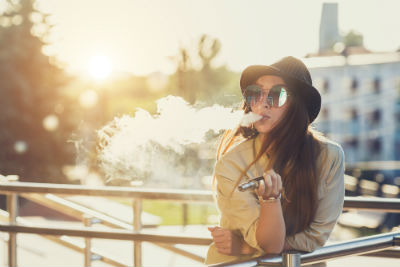 As students across the Commonwealth head back to school or college, the Virginia Department of Health reminds parents to talk to their sons and daughters about the dangers of e-cigarette use, or “vaping.” Since 2014, e-cigarettes have been the most commonly used tobacco product among US middle and high school students. In fact, between 2017 and 2018 alone, the number of youth who used e-cigarettes went up by 1.5 million nationwide.

While all forms of tobacco use cause disease and death, recently a new danger has been linked to “vaping” or “dabbing” (vaping marijuana oils, extracts or concentrates). Since June 28, 2019, many states have been investigating cases of patients hospitalized with severe lung illness associated with those activities — primarily among teens and young adults.

The Centers for Disease Control and Prevention reported that as of Aug. 22, 2019, 193 potential cases of severe lung illness e-cigarette product use had been reported by 22 states. Virginia is reporting three cases, and is investigating additional potential cases. All patients have reported vaping in the weeks to months prior to illness. On Aug. 23, the first death of an individual hospitalized with severe respiratory illness associated with vaping was reported in an Illinois resident.

Symptoms of this illness have included gradual onset of cough, shortness of breath, or fatigue, that gets worse over a period of days or weeks, until the patient has to be admitted to the hospital for treatment. Some patients have also reported vomiting, diarrhea and fatigue. If anyone has these symptoms and has a history of e-cigarette use, seek medical attention immediately.

Information on this illness is available at www.vdh.virginia.gov/vaping. The number of confirmed Virginia cases will be posted each Thursday at that site.

For more information on e-cigarettes visit www.cdc.gov/e-cigarettes. For free information and coaching to help to stop smoking or using tobacco, visitwww.QuitNow.net/Virginia or call 1-800-QUIT-NOW.