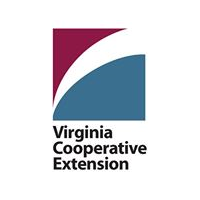 A recent report indicates the Virginia Agricultural Experiment Station and Virginia Cooperative Extension have far-reaching impacts across the state.

The analysis, conducted by the Virginia Tech Office of Economic Development, highlights examples of industry impacts and community developments made possible by people and programs supported by Cooperative Extension and the experiment station, which are classified as “Agency 229.”

“In addition to the numbers and analysis presented in the report, citizens provided concrete examples detailing how their lives and communities would not be the same without the outreach and research” of Agency 229, noted Dr. John Provo, director of the VT Office of Economic Development.

The Virginia Agricultural Experiment Station includes faculty members from Virginia Tech’s College of Agriculture and Life Sciences and College of Natural Resources and Environment and the Virginia-Maryland College of Veterinary Medicine. Eleven Agricultural Research and Extension Centers around the state provide research and outreach to propel local and state economies. VCE has 107 offices across the state that provide research-based information to farmers and the public.

The report quotes a farmer in a county with $170 million in annual agricultural exports who, when asked about Extension’s impact, said, “I don’t know if agriculture would exist in the county without Extension. It certainly wouldn’t thrive.”

Report highlights of Agency 229’s impact on Virginia agriculture and forestry include the following:

The counties of Pittsylvania, Prince William and Washington and the city of Virginia Beach were selected as representations of urban and rural populations in four Virginia regions. In those localities, the report notes, offices across Agency 229 coordinate more than 30,000 volunteers annually who help administer programs in environmental stewardship, youth development, family nutrition and financial education.

A report summary can be found online at agency229.cals.vt.edu.