Virginia Beach is one of the worst cities for accountants 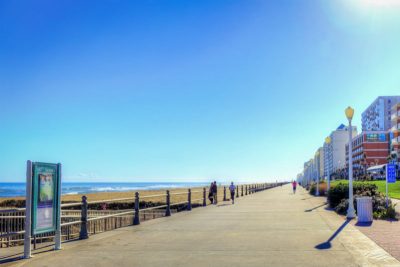 This study looks at the number of jobs available, among other things. With fewer than 350 accounting jobs available in Virginia Beach overall, it’s at the lower end of the spectrum for how many opportunities there are available. The competition to even get your foot in the door of one of these opportunities is high.

Beyond the overall lack of job opportunities in the industry, there are other factors the study looked at that determine that Virginia Beach isn’t a great place to work if you’re an accountant. Virginia Beach has the lowest overall average for annual salaries associated with the accounting jobs. In fact, it’s nearly $4,000 less than the second-lowest average salary, which was Louisville, Kentucky. It was also the only city to average less than $45,000 per year.

Senior Management appears to be a major pain point for accountants working in the Virginia Beach area. According to the professionals who published the study, Virginia Beach’s lowest average category rating was for senior management, which had an incredibly low rating of just 3.1 stars.

Choosing the right place to start your career has to do with much more than where you will make the biggest paycheck. The work/life balance aspect of your life is hugely important to your overall happiness. Not only was Virginia Beach not paying their employees well, but they are also not tapped into the latest practices that create a pleasant workplace culture. If you’re looking for a good place to start your career and settle down, some other cities might be better fits.

Even if you can’t afford a bustling metropolis area like New York, San Francisco, or Chicago, there are other cities that just seem to do the accounting industry better. For instance, Nashville, Minneapolis, and Long Beach all had high overall company or category ratings. So before you commit to anything, it’s a good idea to sit down and do your research. You might find that your dream job is somewhere a little different than you thought!.