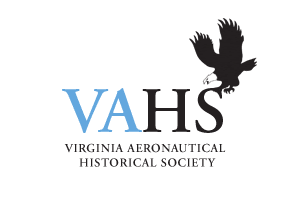 The Virginia Aeronautical Historical Society announced the 2019 class of inductees to the Virginia Aviation Hall of Fame.

With over 65 years in the aviation industry, Callihan was one of the foundational leaders of the Virginia Civil Air Patrol, personally leading the planning, construction and full-time operation of the CAP Virginia Wing headquarters building and hangar complex at the Richmond Executive-Chesterfield County Airport. As an aviation history enthusiast, he has collected and also contributed numerous artifacts to VAHS and the former Virginia Aviation Museum, the collection of which now is at the Shannon Air Museum in Fredericksurg. He lives in Goochland County.

Corradi relocated to Rixeyville in 1975 when United Airlines moved his base to Dulles International Airport. Two years later, he began operating his own airfield, Pleasantdale Field, on his farm’s property. Since then, Pleasantdale has welcomed many aviators, including ultralight pilots. In 1999, Corradi began participating at the famous Flying Circus Aerodrome & Airshow at Bealton, where he still volunteers and sits on its board of directors. He also was instrumental in organizing and planning the first Culpeper Air Fest. His generosity is well known, even giving people rides for expressing an interest in aviation. A historian, he also served as a docent at the Smithsonian’s National Air & Space Museum Udvar-Hazy Center in Dulles and has published numerous articles about vintage aircraft.

Hoffmann has a storied aviation industry career in Virginia, beginning with designing the décor of the Holiday Inn Aerodrome Restaurant at Richmond International Airport, to his participation in The Flying Circus in Bealeton, to founding, owning and operating Barnstormers Airshows, which brought world class talent to perform nightly at Kings Dominion. That unique show attracted thousands of aviation enthusiasts, as well as inspiring thousands more general interest spectators who became aviation fans. Later, he founded Eagle Balloons, which manufactured Type Certificated hot air balloons at Hanover County Municipal Airport. He has retired to Lake Worth, Fla.