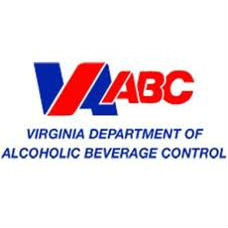 Virginia ABC had another recordbreaking year, with fiscal year 2019 revenue in excess of $1 billion, up $71.8 million over the previous year.

Each year, per the Code of Virginia, Virginia ABC disburses earnings back to the commonwealth (see a graphic depiction of ABC’s disbursements). For fiscal year 2019, ABC disbursed a total of $499.5 million, an increase of $34.8 million over the previous year. These profits reflect $196.7 million in sales, $223 million in taxes (retail) and $79.8 million collected in wine and beer taxes.

“Virginia ABC benefits all Virginians, regardless of whether they shop in any of our 380 stores,” said Board Chairman Jeff Painter. “We provide valuable education and prevention curriculum for all ages including programs geared to young children and teens to prevent underage alcohol use. Additionally, our special agents are extensively trained in the complexities of ABC law and regulations, enabling them to work directly with approximately 19,000 business partners that sell and serve alcohol to ensure compliance with alcoholic beverage control laws and reduce criminal activities involving alcohol.”

“Our 4,000 full and part-time employees are our most valuable asset,” said Hill. “From the local ABC store associates who share their knowledge of distilled spirits to help you find the perfect gift for a bourbon-loving friend, to the hard-working warehouse employees who accurately pick and ship millions of cases of product each year, Virginia ABC was able to reach this $1 billion milestone. It’s because of these dedicated employees that we are able to serve as a dependable and consistently growing source of revenue for the commonwealth.”

Virginia ABC submitted its unaudited draft financial statements to the Virginia Department of Accounts and Auditor of Public Accounts. The final, audited results will be released in the fall.