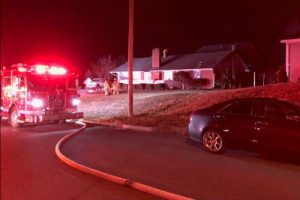 The video – posted to the HPD PIO YouTube channel – begins moments before fire and rescue responders arrived at the scene in the 500 block of Allegheny Avenue.

Neighboring residents were the first to report the flames, and it was quickly discovered that several occupants were possibly inside and unaware of the fire. Patrolling HPD officers upon receiving the call from dispatch, rushed to the scene and raced past open flames to systematically clear the home of potential victims.

Body cam footage captured the courage, bravery and tactics displayed by these HPD officers and is testament to the dangers and challenges faced daily by our local public safety professionals.

All residents were evacuated safety, and there were no injuries.