Veterans’ challenges in transitioning to a civilian life 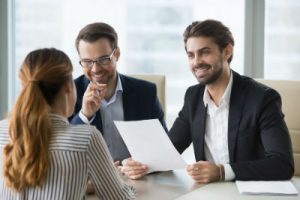 To preserve peace and freedom.

As a soldier under oath, it is their sworn duty to protect their country and countrymen from any threat that may endanger lives and threaten their territory. They keep the concord and order and to serve at the forefront during a foreign attack or invasion.

The Difficult Transition from the Military to Civilian Life

War requires physical, mental, and emotional strength to survive in the field. To prepare them for combat, decided individuals attend a military academy and undergo rigorous years of training. Even so, humans still have limits. And, at some point, the life of a warrior becomes too much for them.

When the battle has been fought, and lives have been lost, who do our soldiers turn to? The transition from military to civilian life requires a lot of adjustments. Thus, the government and citizens alike must be proactive in giving the retired soldiers a clean slate and a new shot at life – away from all the guns and cannons they battled with during their active duty.

This article tackles the common challenges faced by war veterans and the steps the stakeholders can take to address them.

Dealing with a Traumatic Experience

Studies revealed that soldiers who experience physical or emotional trauma in the combat zone are at the highest risk of having difficulties readjusting to civilian life. The ease of re-entry for soldiers who encountered traumatic events drops by 26% compared to the 82% probability for veterans with no emotional distress during their active duty. Post-traumatic stress disorder (PTSD), depression, and survivor’s guilt are leading psychological effects that may inhibit their personal and professional growth. Therefore, efficiently implemented programs such as therapy sessions should be a priority to help them process the negative emotions associated with the stress they faced in the war zone. Rehabilitation programs help them rebuild their sense of identity, purpose, and self-worth. Unless they are mentally and emotionally stable, then trauma-stricken warriors will find a hard time living a regular life.

Life in the military is regimented; everything must be done in an orderly and timely manner. It is a strange feeling to suddenly have full authority in filling the hours with your plans after years of a structured service. For some, this freedom to create a self-tailored schedule can be overwhelming. Hence, it is critical to have a support system such as family and friends to guide them to build their personalized routine.

Reintegrating to their respective families with different dynamics is far from the hierarchical military with a command chain. So, it can be difficult to reconnect with the family that most likely have created new routines during their absence. To ease the adjustment, family members must allow the veteran to reestablish his/her role before joining the armed forces.

With no superior that gives missions or instructions, a retreated soldier suddenly turns to a regular Joe that is a part of a typical community. Retired military personnel and his family should be proactive in looking for social involvement to ease the adjustment phase.

A veteran may have never experienced applying for a typical job, especially if he or she has a previous career in the military. This issue poses a problem since they need to translate their military skills and master new ones. Fortunately, there are dedicated services such as the Veteran Readiness Employment (VR&E) that provide retired military men job training, resume development, employment, job-seeking skills coaching, independent businesses know-hows, and Financial Aid Programs such as GI Bill to help them further their education.

Researches show that the ease of re-entry reduces to 58% for a veteran who sustained an injury in the warzone. This probability is a 19% drop for an uninjured one who has a 77% chance at a better life. War injuries may include but are not limited to amputation, disfigurement, and scarification. These damages can hamper their chances of landing a full-time job. The physical and emotional consequences of their war wounds endure long after they leave the military. There are existing assistance programs from the government and private organizations to aid wounded warriors. In covers but is not limited to disability severance pay, special compensations, home loans, and other related support.

Soldiers are obliged to fulfill their responsibility no matter what the consequences are. — even if it means that they end up being buried six feet under the ground. Hence, it is only proper to pay homage to our fallen heroes and celebrate those who are still with us by understanding their struggles and doing the best to address them.

As indebted countrymen, we must now preserve our soldiers’ peace and freedom.