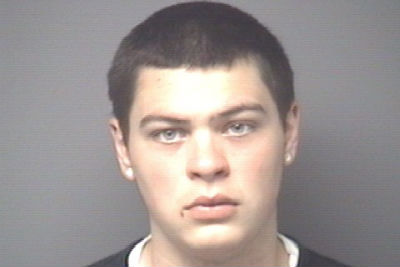 A Verona man is in custody after a domestic violence incident and law enforcement pursuit Wednesday evening.

The Augusta County Sheriff’s Office responded to Lee Street in Verona at 6.:48 p.m. for the report of a stabbing. Deputies located the suspect leaving the area in a 2004 Toyota Prius, and attempted to stop him.

The suspect refused to stop and led deputies on a brief vehicle pursuit that ended in a crash near Blue Ridge Community College.

The male suspect was taken into custody and identified as Taylor Reed, 27, of Verona.

Reed was transported to Augusta Health for minor injuries.

The victim of the stabbing sustained life-threatening injuries and was flown to UVA by Air Care 5.

The stabbing investigation is being handled by the sheriff’s office and is ongoing.

Charges are pending. The crash is being investigated by the Virginia State Police.

“This was an isolated domestic violence incident.  There is no threat to the Augusta County community at this time,” said Augusta County Sheriff Donald L. Smith.