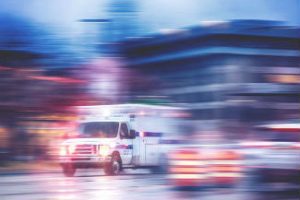 Update: Wednesday, 1:49 p.m. A third victim has succumbed to injuries sustained from a vehicle crash that occurred on Saturday at the intersection of Scottsville Road and Red Hill Road in Albemarle County.

The third victim was a juvenile passenger that was transported from the scene to UVA Hospital.

The cause of the crash remains under investigation by the Albemarle County Police Department’s Fatal Crash Reconstruction Team.

This is the 15th traffic fatality investigated by ACPD in 2020.

When first responders arrived at the scene, they discovered a vehicle had taken a right-hand turn to go southbound on Scottsville Road and entered the northbound traffic lane. The vehicle was struck head on by another vehicle traveling in the northbound lane.

The driver, 35-year-old Sandra Bartola Figueroa Guillen, and a juvenile passenger, both of Buckingham County, were found deceased at the scene.

A second juvenile passenger was transported to UVA Hospital in stable condition. There were no injuries reported from the second vehicle.

The cause of the crash is still under investigation by the Albemarle County Police Department’s Fatal Crash Reconstruction Team.

This is the 12th fatal traffic crash and 13th and 14th fatalities investigated by ACPD in 2020.