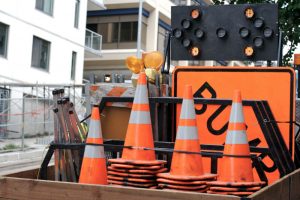 The Virginia Department of Transportation will be closing the Route 720 Bridge over Interstate 81 in Rockingham County as part of plans to replace the existing structure.

Design plans are being finalized by VDOT with construction anticipated for fall 2022.

The closure will last approximately one year.

The current estimated project cost is $8.5 million, which includes a $3.7 million savings resulting from project redesign work. The 2015 public hearing plans showed the new bridge to be built just north of the current structure, which contributed to higher than projected utility costs.

In 2015 the project included the total bridge replacement, a partial roadway realignment, improvements at two nearby intersections, and a center turn lane on the bridge. Total cost of the project was estimated at $10.2 million. After the public hearing another $2 million was needed for utilities.

The 2020 project plans include only the new bridge construction and minor roadway work. The new Route 720 bridge will have two 11-foot travel lanes and 5-foot shoulders, but no center turn lane. The new bridge will be built to accommodate any future widening of I-81.

During the year-long project Route 720 will be closed between Route 718 (Old Furnace Road) and Buffalo Drive. Route 720 traffic will follow a roughly 3.5-mile detour. Buffalo Drive will be closed for shorter periods of time during some phases of construction, which is tentatively scheduled to begin in fall 2022.

A new video offers details about the Route 720 bridge replacement project and traffic restrictions during construction. It is available on VDOT’s YouTube Channel here.

Additional information can also be found on the Route 720 Project Page here.