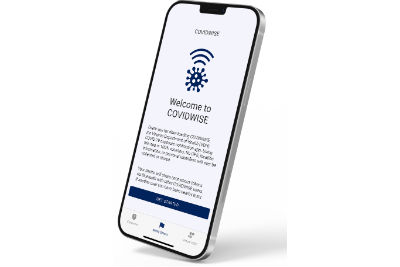 Virginia’s first-in-the-nation COVID-exposure notification app will now work across all 15 states that have such an app.

More than one in ten Virginians have downloaded and are using COVIDWISE, which notifies people if they have been physically close to someone who tested positive. COVIDWISE, Virginia’s free COVID-19 Exposure Notifications app, is now participating with the Association of Public Health Laboratories’ National Key Server, allowing COVIDWISE interoperability with Washington, D.C. and other states’ apps that also use the server.

Now COVIDWISE can communicate with other state notification apps to share anonymous bits of information or “exposure notification keys” using a national server that will enable users to find out when they may have been exposed by users from other states.

“The integration with APHL’s National Key Server is important in our fight against COVID-19 here in Virginia and across the nation,” said State Health Commissioner M. Norman Oliver. “Interoperability with Exposure Notifications apps from other  jurisdictions enables COVIDWISE users to learn of possible exposures from app users that reside in other states or D.C. This is especially important considering added travel during the holiday season.”

Today, Virginia joins the District of Columbia and 15 other states with exposure notification systems, by integrating anonymous positive submissions to the National Key Server.

Three additional states, California, Hawaii and Oregon, are currently piloting an exposure notification app with a limited population on the National Key Server.

COVIDWISE, which launched on Aug. 5, has surpassed 885,000 downloads, making it one of the two most downloaded exposure notification apps in the U.S.

The app alerts users if they have been in close contact with an individual who anonymously reported his/her positive COVID-19 test result.

COVIDWISE does not use any personal information or location data. Users opt-in to download and use the free app, which is available through the App Store and the Google Play Store.

The first new release for COVIDWISE occurred on Dec. 10. In addition to transitioning to the National Key Server, new version updates will include user interface enhancements, current COVID-19 data and statistics, an onboarding flow on how the app works, the ability to easily share the app with others, Virtual VDH updates and additional resources, a change to exposure notifications to 15 minutes within 24 hours and the ability to include symptom onset date when submitting an anonymous report.

Continued adoption and widespread use of COVIDWISE remains critical to the success of this effort. Similarly, VDH remains committed to the app’s privacy protections and use of the app as a tool to support the public’s health and reduce the spread of the virus.

To learn more about COVIDWISE and download the app, visit www.covidwise.org.