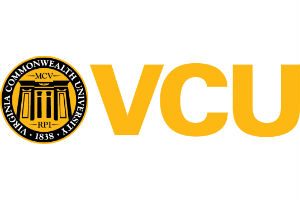 Virginia Commonwealth University and VCU Health announced this week a $24 million gift from the C. Kenneth and Dianne Wright Foundation.

The gift provides $16 million for the C. Kenneth and Dianne Wright Center for Clinical and Translational Research, which fosters collaborative science and health care research among VCU investigators and students. Another $4 million supports the Wright Engineering Access Scholarship Program to provide need-and merit-based awards to students in the College of Engineering. The remaining $4 million supports the VCU Health Adult Outpatient Pavilion, which is expected to be completed at the end of 2021 and will offer an array of outpatient clinics, as well as dental and women’s services.

With this gift, C. Kenneth Wright has contributed more than $70 million to VCU and is one of its top donors.

“I know Mr. Wright would be very pleased about this gift. It supports three areas that were very important to him — innovative research at the Wright Center, patient care in the new Adult Outpatient Pavilion, and scholarships at the College of Engineering. Naming a space in the new outpatient pavilion will help the community remember the generosity of Ken and Dianne Wright,” said Audrey Pape, president of the Wright Foundation.

“Like VCU itself, Ken Wright was dedicated to the grand questions and solving the problems that have perplexed humanity for years. He always believed in what we did best, and these final gifts through his foundation represent his intentions for continued support of One VCU in order to advance research, education and clinical care,” said Michael Rao, Ph.D., president of VCU and VCU Health.

“I admire Ken as one of the kindest, most generous, and truly philanthropic donors I have ever known in my service to institutions committed to these critical missions that shape society and serve the public — particularly those most in need. His investment in the Wright Center for Clinical and Translational Research and his support to the College of Engineering and the Adult Outpatient Pavilion is transformational, saving and making lives better. VCU remains eternally grateful to the Wrights and to their beloved team, all of whom do so much to fulfill the Wrights’ wishes,” Rao said.

The Wrights donated the building that had been the headquarters of Kenneth Wright’s business and was later renovated to become the home of the VCU Brandcenter. The couple endowed professorships in gynecologic oncology research, pulmonary disease and critical medicine, and cardiology and established the Eugene P. Trani Scholars program, which provides support to exceptional undergraduate applicants.

They bolstered research at the VCU Massey Cancer Center and made a $10.5 million gift to the College of Engineering Foundation that was recognized in the naming of the microelectronics lab as the C. Kenneth and Dianne Harris Wright Virginia Microelectronics Center. In 2011, C. Kenneth Wright was awarded an honorary doctorate of humane letters.