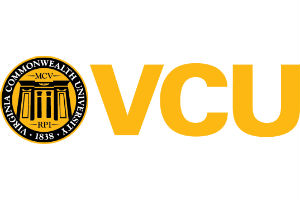 A new study led by a Virginia Commonwealth University professor had 59.9 percent of respondents definitely or probably planning to receive a future COVID-19 vaccine, but the vaccine approved under the FDA emergency use authorization had a majority thinking the other way.

“The biggest issue coming out of this study is that participants seemed worried about receiving the  COVID-19 vaccine under emergency use authorization,” said lead author Jeanine Guidry, an assistant professor in the Richard T. Robertson School of Media and Culture in the College of Humanities and Sciences and director of the Media+Health Lab at VCU.

The study found that concerns about side effects were a significant barrier, Guidry noted.

“[Such concerns are] not unusual,” she said, “but we now also know that two of the vaccines — Pfizer and Moderna — may have some expected side effects … [and that] may make people hesitate to get the vaccine.”

“That is something researchers have found in other previous vaccine studies as well, but it is more worrying with COVID-19 because we know that Black Americans are infected with COVID-19 significantly more frequently than white Americans, and they are also more likely to die from the virus,” Guidry said.

“Unfortunately, there is history of medical mistreatment of African Americans and individuals from low-income communities in the U.S.,” said co-author Bernard Fuemmeler, Ph.D., a professor in the Department of Health Behavior and Policy in the VCU School of Medicine.

“Against this backdrop it is understandable that mistrust among certain communities will be an issue to contend with as we hope to make progress in delivering the vaccine to those most in need,” Fuemmeler said. “It starts with recognizing this history and providing people with the information they desire to alleviate their justifiable wariness about the vaccine.”

The study’s findings could help shape health communications and messaging as distribution of the vaccines begin across the country. It suggests that messages should address concerns about the COVID-19 vaccine and its development and reinforce its benefits. It also suggests that these efforts may need to go beyond just communications campaigns correcting misinformation about a vaccine to focusing on re-establishing public trust in government agencies and medicine.

“A vaccine is only effective if people are vaccinated, and so it is really crucial that people trust the vaccine, and are willing to get it,” Guidry said. “We will only reach community-level immunity if about 70% of the population has gotten the vaccine. So knowing what some of the barriers are to getting this vaccine is really important, because we may be able to better communicate and address these concerns.”

Guidry added that the study reflects significant concerns and misunderstandings that must be addressed in the months ahead.

“[It is] a reminder that there are some real fears among the public about the vaccine being developed too quickly,” she said. “In reality, while this particular vaccine was developed rather quickly, the science that has allowed for this to occur has been progressing for the past 10 years. I think we need to make sure people better understand the vaccine development process, and what exactly it means when a vaccine becomes available under emergency use authorization.”