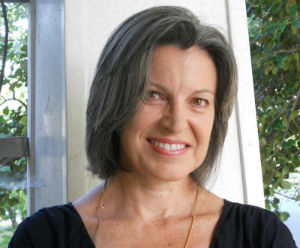 Claudia Emerson, distinguished professor, poet and Pulitzer Prize winner, will join the Virginia Commonwealth University Department of English in the College of Humanities and Sciences beginning Aug. 15. Emerson joins the department as a professor of English, and she will teach graduate and undergraduate creative writing workshops and courses in literature and poetics.

Emerson was awarded the Pulitzer Prize in poetry in 2006 for her third collection of poetry, “Late Wife,” a series of poems examining one woman’s emotional and personal overlap of past and present. In 2008, she was selected by then-Virginia Gov. Timothy Kaine as Poet Laureate of Virginia.

“The addition of Claudia to our faculty tops off an amazing year of success for VCU’s Creative Writing Program,” said James Coleman, Ph.D., dean of the College of Humanities and Sciences. “Members of our faculty have won major awards for literature and poetry, we have secured a significant gift for the program, and the addition of a Pulitzer Prize-winning poet to the faculty will only enhance the reputation of the program and enrich the quality of education we provide our students.”

Prior to joining VCU, Emerson was a professor and the Arrington Distinguished Chair in Poetry at the University of Mary Washington in Fredericksburg, where she has been since 1994. She has authored six books, placed countless poems in more than a dozen anthologies and is the recipient of nearly 20 notable awards and recognitions.

“Claudia Emerson brings an undeniable reputation to our department,” said Katherine Bassard, Ph.D., professor and chair of the VCU Department of English. “A poet of her caliber and teacher of her aptitude will enhance and inspire students and faculty peers alike.”

Emerson will join a staff of other distinguished poetry faculty at VCU.

David Wojahn, a Pulitzer Prize finalist for his 2006 collection, “Interrogation Palace: New and Selected Poems, 1982-2005,” received several honors for his most recent book of poetry, “World Tree,” including the 2012 Academy of American Poets’ Lenore Marshall Poetry prize as the most outstanding book of poetry published in the United States, the 2013 Poets’ Prize awarded annually for the best book of verse published by a living American poet and the Library of Virginia 2012 Literary Award for Poetry. Wojahn and his colleague, Kathleen Graber, poet and professor, received the prestigious Guggenheim Fellowship, in 2003 and 2012, respectively. In 2010, Graber was named one of five finalists for the National Book Award in the poetry category for her second collection, “The Eternal City.” Greg Donovan, poet and professor of English at VCU, developed Blackbird, the university’s cutting-edge literary journal and a benchmark for online literary publications.